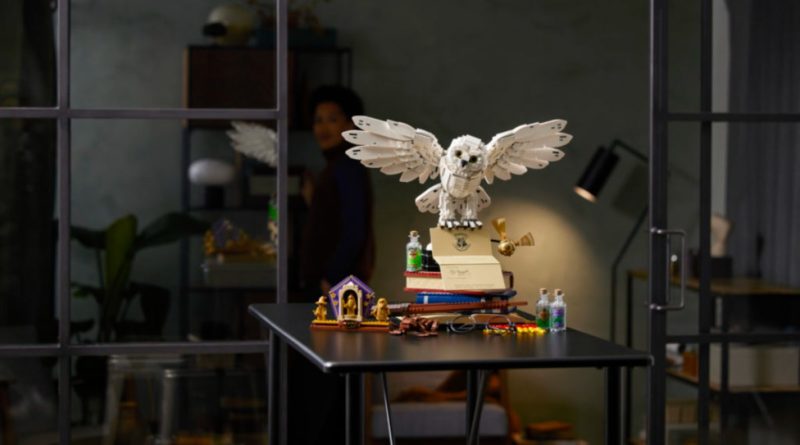 Did you spot this economical use of LEGO pieces in 76391 Hogwarts Icons Collectors’ Edition?

One of the many iconic Harry Potter items included in the newly-revealed set is a school scarf, which can be customised to suit the colours of any Hogwarts House. That means it can be created in red and gold for Gryffindor, green and silver for Slytherin, yellow and black for Hufflepuff, and blue and silver for Ravenclaw.

However, the LEGO designers behind 76391 Hogwarts Icons Collectors’ Edition have made the most of the pieces to make the school scarf by combining colours, meaning you just need to switch out one brick-built element to change the colour of the entire scarf.

For example, the silver section is used for both Slytherin and Ravenclaw and the yellow section functions as both Gryffindor’s gold and Hufflepuff’s yellow. This does mean you can only have two scarves built at one time, but there’s only space for one scarf in the final display anyway.

Combining colours between houses also means that Ravenclaw’s colours are true to the films rather than the books, where it’s written that the house’s colours are actually blue and bronze. It was decided to use blue and silver instead, as the colours contrast better when it comes to visuals, and it works in favour of the LEGO designers here as well.

It’s a clever idea that means you have fewer leftover pieces not in use at the end. Being able to personalise according to your Hogwarts House is also a neat idea, and doing it with a smaller element means it doesn’t feel like there’s a lot of wasted material at the end of the build.