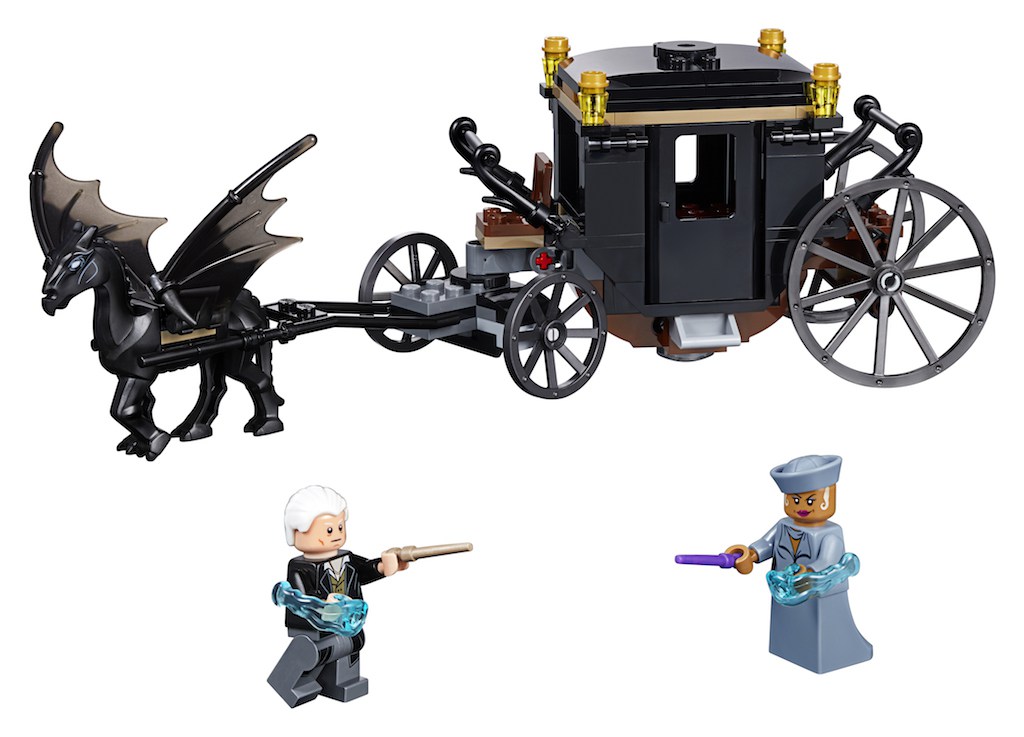 After teasing the new set on social media, the LEGO Group has shared details and a clear image of one of the upcoming sets based on Fantastic Beasts: The Crimes of Grindelwald.

The next film in the Harry Potter film franchise, Fantastic Beasts: The Crimes of Grindelwald, is coming later this year with a selection of supporting LEGO sets. To coincide with the movie’s trailer launch earlier today, the LEGO Group revealed one of the new products on social media – Grindelwald’s Escape. This new 132 piece set in the Wizarding World of Harry Potter theme will be priced at $19.99 and launch on August 1 with the rest of the range.

Here is the official product information from the LEGO Group, shared with Adventures in Poor Taste:

• Includes Gellert Grindelwald and Seraphina Picquery™ minifigures, plus a Thestral figure with posable wings.
• Features a buildable articulated carriage with opening doors and a removable roof.
• Flap the Thestral’s wings to make a flying escape!
• Also includes shooting spell accessories on the hands of Seraphina and Grindelwald.
• Recreate iconic scenes from the upcoming Warner Bros. Pictures film, Fantastic Beasts: The Crimes of Grindelwald. 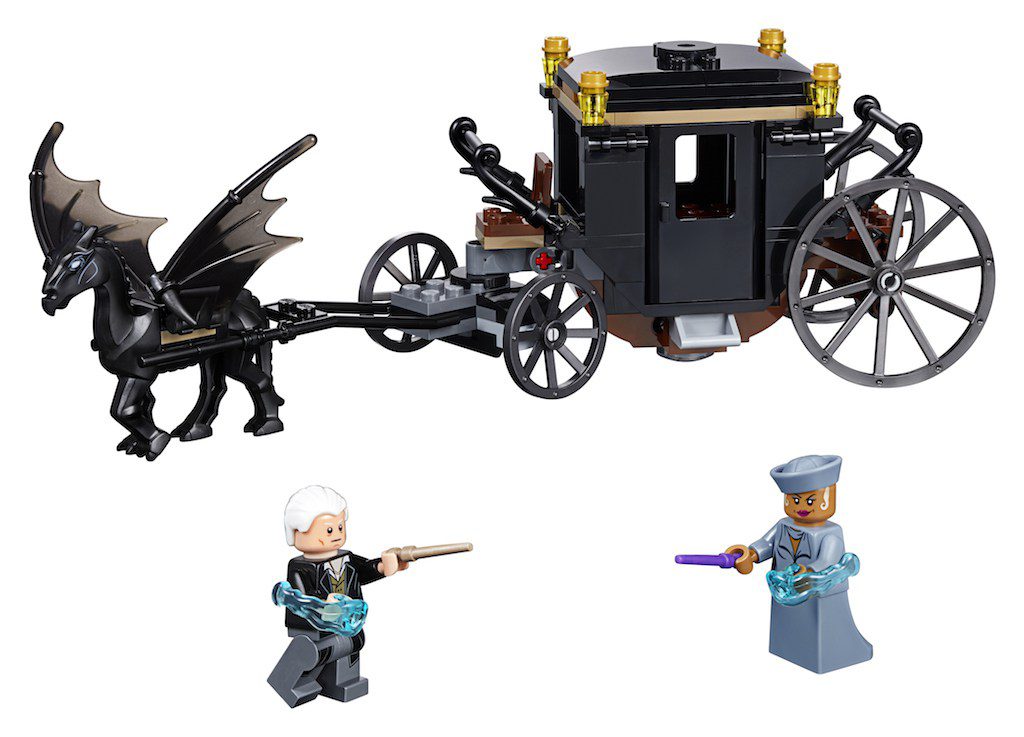