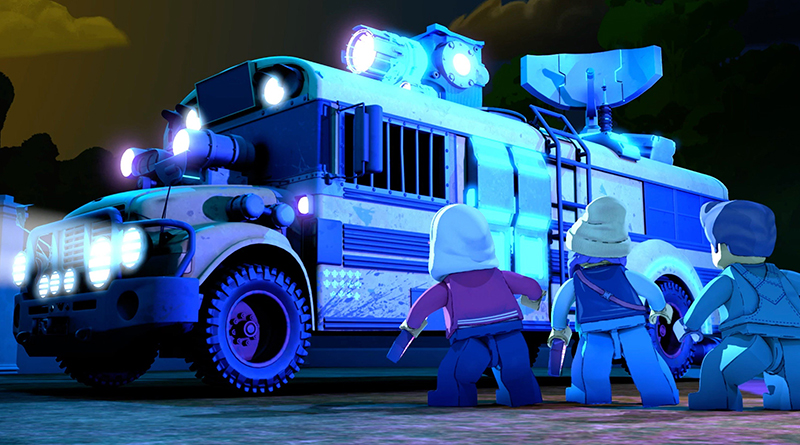 During San Diego Comic Con 2019, the LEGO Group has launched a gameplay trailer for LEGO Hidden Side.

LEGO Hidden Side is launching in just nine days, and ahead of the ambitious theme’s release, the LEGO Group has launched a trailer for the gameplay that will be an integral part of the new product range.

In the trailer, lead characters Jack and parker encounter a teddy bear ghost, ice cream ghost, baseball ghost and jazz ghost. As they evade the various ghouls, Professor J.B. turns up to rescue them and uses a cannon atop a souped-up school bus to attack the spooks – which encourages jack and parker to bring out their mobile phones and start doing the same.

Given the spooky nature of the theme, the looks chosen for the lead characters and the digital integration, it feels as if the trailer’s teddy bear ghost asking, “aren’t you a little old to be playing with toys?”, has a double meaning. It feels as if this theme might be aimed at children at the older end of the LEGO Group’s target market.