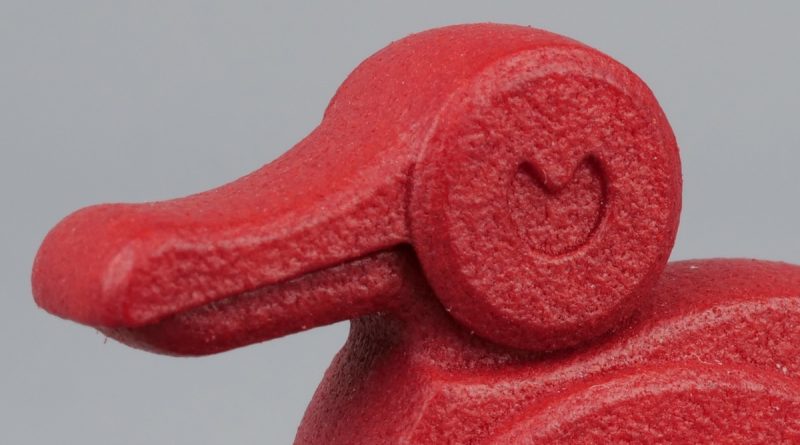 The exclusive LEGO House 3D-printed duck is already exchanging hands for unbelievable amounts of money on the aftermarket, with at least one selling for nearly £1,000.

A total of 13 tiny red ducks – which were handed out at last week’s AFOL Day event at the LEGO House in Billund, Denmark, with purchases of store-specific minifigures – have sold through BrickLink so far, with prices of current listings starting at around £378. That’s just under the average price of those that have already been snapped up, though that figure is skewed slightly by a couple of extreme outliers.

At one end, some lucky buyer apparently managed to get their hands on one of the 3D-printed elements – which mimics the functionality of the LEGO Group’s classic wooden duck, snapping its beak as it rolls along – for only £7.25. The cheapest one after that went for £210.35 (quite the jump), while at the other end of the spectrum one of the ducks fetched a whopping £938.95.

The price is all over the place, basically, so it’s hard to determine a realistic value for these incredibly rare pieces. The market has currently settled on an average price of £446.08, with the most expensive available for a flat £500 from a UK store. (Whoever’s selling those is the only one with multiples – five, to be exact.) According to Brickset, the duck will potentially return as a gift-with-purchase at the LEGO House later this year, which could bring those prices down even further.

If you want to get your hands on one before then – and potentially even after, unless you make the pilgrimage to Billund – you’ll need deep pockets. But it’s probably worth considering what else you could get for the price of a tiny red duck – say, 75331 The Razor Crest…