After a few sets inspired by real life rather than fiction, the LEGO Ideas theme returns to fulfilling fan wish lists with 21314 TRON: Legacy

There was one thing about TRON: Legacy that critics and audiences were in complete agreement on – the film looked fantastic. In developing the sequel to the 1982 cult classic, concept artist David Levy successfully paid homage to the original while bringing in a visual aesthetic that would allow the 2010 update to stand out from other modern sci-fi movies. While it may not be a film on the tip of many tongues in 2018, it certainly provides rich source material for the LEGO design team to work from.

It was BrickBrosUK, known in real life as Tom and Drew, who came up with the original project and submitted it to the LEGO Ideas platform. Their initial design was a single blue lightcycle, but when picked up by LEGO Senior Designers Junya Suzuki and Samuel Johnson, the set expanded to incorporate two lightcycles and a display base. 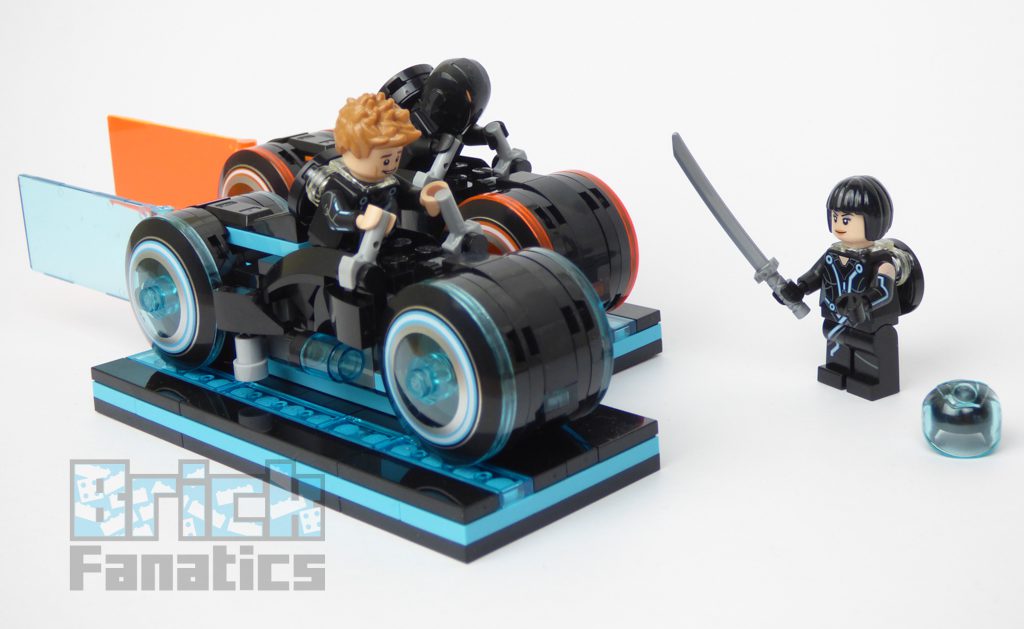 The two lightcycles are built in the exact same way, with the only difference with each being the colour scheme. Sam’s is blue, while Rinzler’s is orange, each with printed wheels in the relevant hue. These vehicles make use of a good selection of parts from the LEGO Group’s portfolio, economically using pieces to form the unique, curved shape of the movie’s signature vehicles.

While building the first lightcycle in 21314 TRON: Legacy, anyone would be forgiven for thinking things are not progressing well – somewhere around stage 20, it feels like the model is far from looking like the racing vehicle seen on-screen. The central build is only one brick wide, which just feels odd. Once it comes time to add the wheels, everything clicks into place and the ingenuity of the design becomes clear.

Each completed lightcycle is predominantly in black, with dashes of blue or orange augmenting it, perfectly in sync with the printed wheels designed by the set’s Graphic Designer, Mark Tranter. The flag with rod element that is added to the back of each ride makes for an excellent representation of the on-screen special effect, a great example of the kind of judicious element choices that are made throughout this set.

What really makes each vehicle feel spot on is the final touch of adding a minifigure, as at that point It becomes apparent just how accurate the scale of this set is. Getting the characters to grip the handlebars takes a little fiddling, but can be done.

Often, a simple design works wonders, as is the case with the display base in 21314 TRON: Legacy. It is a straightforward case of layering two sets of plates and then tiling the top, but the trans light blue lines amidst the black tiles perfectly represents the grid from TRON: Legacy. Avoiding covering the tiles in fingerprints is a challenge indeed, but once the base is put together it is impressive in its elegance. Two display options mean that the base can be used to display the lightcycles, or the minifigures.

When it comes to LEGO Star Wars minifigures, attention to accurate detailing is key – one minor error and the dedicated fanbase will be aware of it and grumbling. A property such as TRON: Legacy does not necessarily require the same exacting detail, yet it is present on these minifigures. Sam and Quorra have different torso and leg prints, with arm printing too. Rinzler lacks the arm printing but includes a unique helmet. That so much attention to fine lines and capturing the look of the costumes is packed into these minifigures demonstrates the LEGO Group’s commitment to quality.

If there is one missed opportunity in this set, it is that there is no minifigure representing Kevin Flynn or Clu, leaving fans still without a Jeff Bridges minifigure. But mentioning what is not in the box is illustrative of just how little there is to find fault with in this excellent set.

21314 TRON: Legacy follows 21309 NASA Apollo Saturn V, 21310 Old Fishing Store, 21312 Women of NASA and 21313 Ship in a Bottle. In case that list does not make it clear, the Ideas team is on a roll, delivering consistently high quality LEGO experiences with every new box. There is nothing to complain about with this new TRON: Legacy set at all, it is recommended to anyone who enjoyed the film or appreciates its unique design. 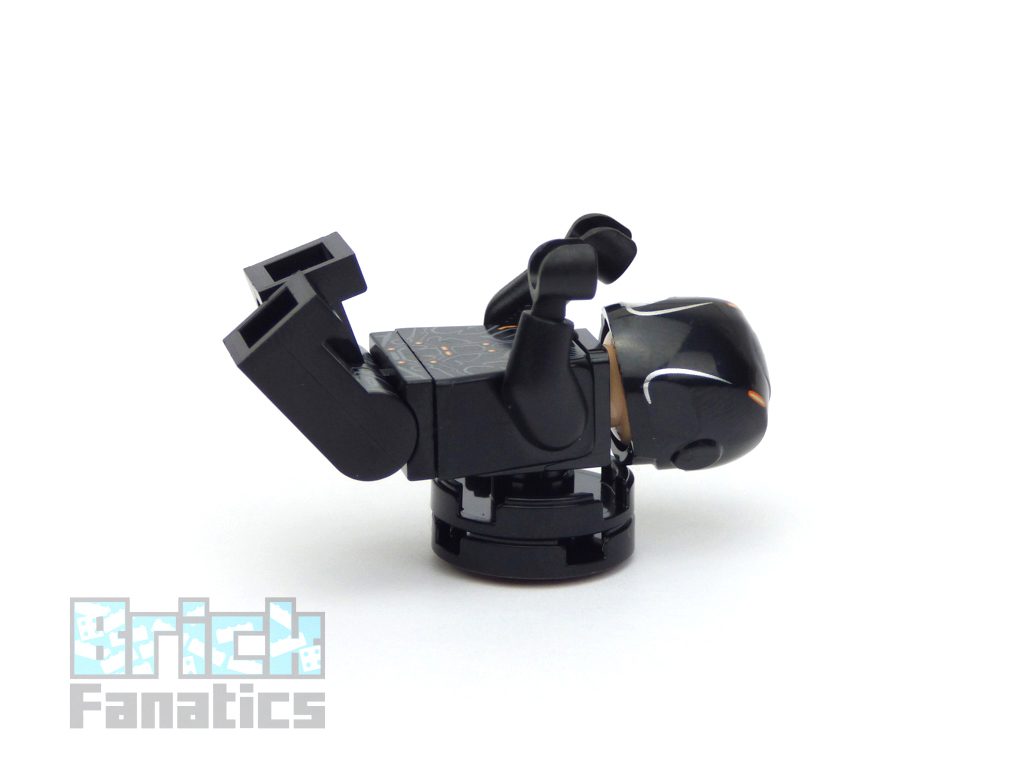