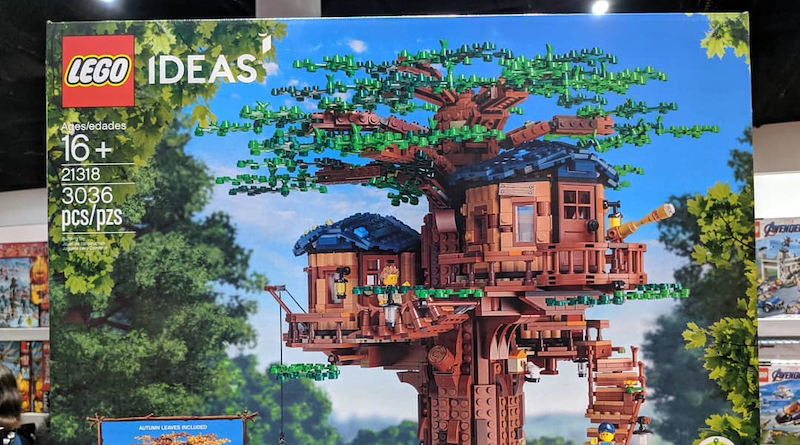 Yesterday, San Diego Comic Con 2019 opened its doors for the event’s first day, with the LEGO Group selling the as-yet-unannounced LEGO Ideas set, 21318 Treehouse. The LEGO Group has confirmed that the set will not yet be announced by the company.

The LEGO Group also announced to Recognised Fan Media that only five to ten copies of the set have been sold at San Diego Comic Con 2019 and it has now been removed from sale – so five to ten people, out of the thousands in attendance, got very lucky.

LEGO Ideas 21318 Treehouse was first sold over a week ago at the LEGOLAND Discovery Centre shop in Texas, USA. 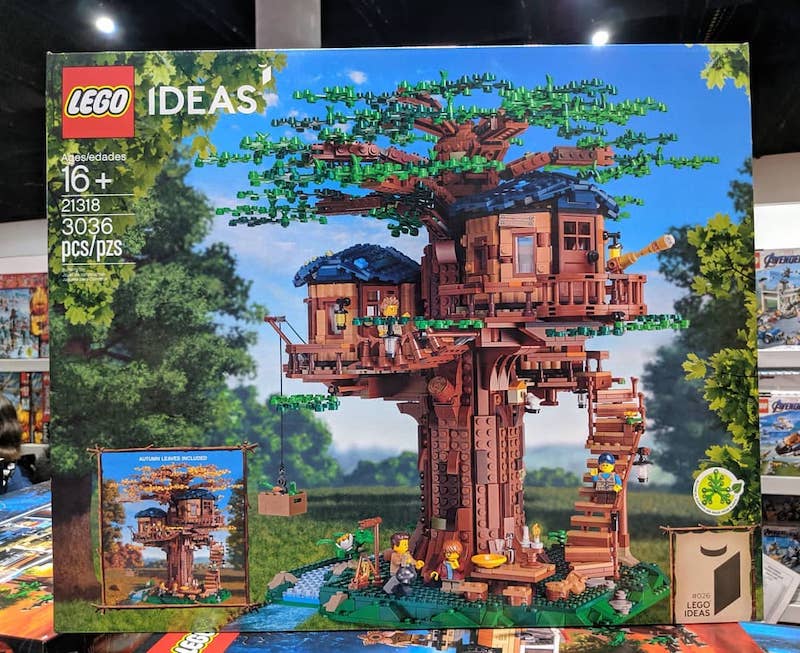 The box for the set reveals that it contains 3,036 pieces, making it the largest LEGO Ideas set released so far. A huge quantity of ‘plants from plants’ botanical elements are included, in both regular and autumnal colours – so fans can choose which way to display the model.

LEGO Ideas 21318 Treehouse is expected to have a full launch soon, but the LEGO Group is keeping all details about the set under wraps, despite selling the set at the world’s biggest pop culture event.