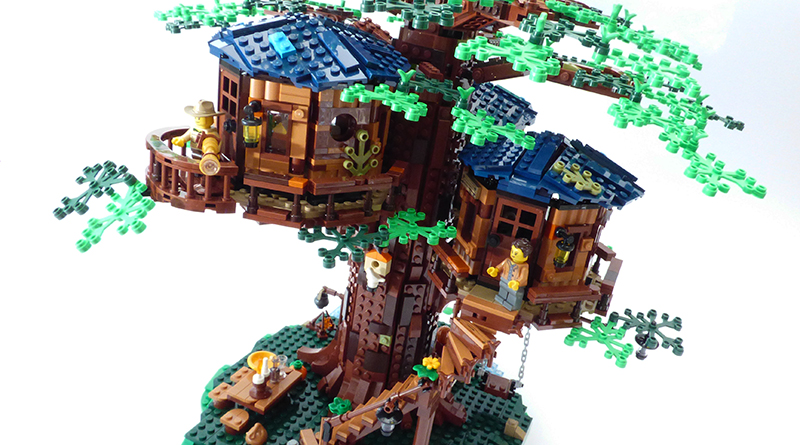 It’s time for an adventure in the great outdoors with LEGO Ideas 21318 Tree House, the largest fan-inspired set ever released

LEGO Ideas continues to surprise with 21318 Treehouse, which is the theme’s largest set yet. Using a massive 3,026 pieces, the set builds a minifigure scale tree complete with treehouse shacks on the branches. Another record that the set breaks is the biggest quantity of botanical pieces in one set, all of which are the new ‘plants from plants’ pieces. 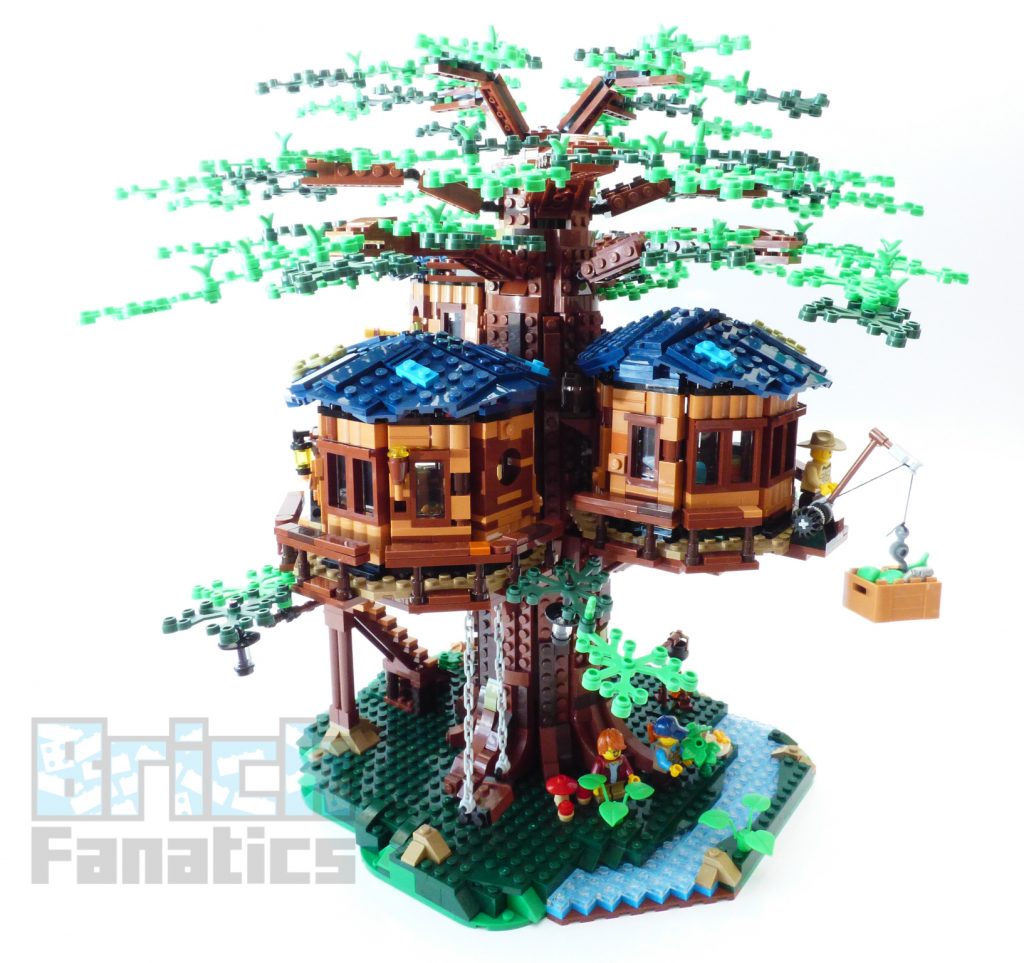 Most LEGO sets offer just one main way to build throughout. What sets some models apart, and makes them especially enjoyable to put together, is when they incorporate a whole variety of LEGO building techniques and make use of a broad spectrum of pieces in interesting ways. 21318 Tree House does just that, making it an absolute delight to put together, with the hours it takes to do so flying by.

The base is an important part of this set as it anchors the tree in position, which – as is clear from the finished model – is constructed by attaching tree bark segments to a central column. The texturing on the tree trunk is excellent, with the studs helping to evoke the natural look that is required. What is most impressive about the tree’s structure is how sturdy it is when finished.

When it comes to the three shacks that have been constructed in the tree, they all use the same basic structure. A platform is built onto a tree branch, with a hinged wall built around the border to create the almost circular shape. Almost all of the details are built into the wall, so that when the room is complete it is packed with everything a minifigure could need. The exterior of the wooden rooms use a mix of bricks to give a rustic feel that makes them seem cobbled together.

Two of the rooms in the treehouse are bedrooms – one with a double bed and one with a bunk bed for the children. The other is a bathroom, with every amenity taken care of – including a shower and lavatory. After building with plenty of brown bricks, it is a nice change of pace to construct tiny little details for these areas.

Finishing off the model feels a little repetitive, but that is largely because at this point there is a desire to finish and have the completed build to display. Although the branches are similar, each is unique, so the build does follow nature in that there is no perfect symmetry. Hinges attach the branches to the trunk.

Some sets look better in person than they do in photographs – like the recently released 75936 Jurassic Park: T. rex Rampage. 21318 Tree House also looks much more impressive in person than through the lens of a camera. The scale of the set is very impressive, it looks like a big substantial tree, with a great balance between the natural aspect and the man-made structures.

What works so well is the same thing that makes the Creator Expert modular buildings wonderful; the size of the model in relation to the minifigures. Positioning them walking up the steps or across the rope bridge really brings the set to life and illustrates that never has there been a tree-based LEGO set at this size before.

Further details surround the base of the tree, with one of the set’s best part uses demonstrated there – three Harry Potter wands make up the campfire. The landscaping provides just enough detail while allowing plenty of room for posing minifigures, with the babbling brook a nice touch. Fan designer Kevin Feeser is referenced in a printed brick, as the fan designers of 21315 Pop-up Book (review) were.

A brilliant inclusion in this set are the autumn leaves, which add value to this set. Purely as newly coloured parts these are desirable, but that they serve such a significant purpose makes them even better. Every green leaf on the tree can be swapped out for the autumnal versions, which completely changes the look of the model. It is fascinating to see just how the whole feel of the tree changes when the parts are swapped out.

The top of the tree is easily removed to allow access to the inside of the shacks and to make switching over the leaves easier – everything has been thought through, making it hard to find fault with 21318 Tree House.

By going with a selection of rooms rather than a typical child’s treehouse, this set has the feel of a luxury holiday treehouse. The carefully furnished huts give a real sense of adventure and even the least outdoorsy builder will find themselves wishing for a taste of nature in such an idyllic setting.

With just the right quantity of branches and leaves so as not to overwhelm the model, it manages to focus on the treehouse while also paying enough attention to the setting. The little touches around the base and in the rooms give this a feeling of authenticity.

It is hard to imagine the LEGO Group ever revisiting this subject matter and improving on it, 21318 Tree House is sure to make ‘best LEGO sets of 2019’ shortlists. The set is packed with whimsical charm, looks excellent on display and is an awful lot of fun to build.

21318 Treehouse will be released on July 24, exclusively at shop.lego.com. You can help support Brick Fanatics’ work by using our affiliate links.