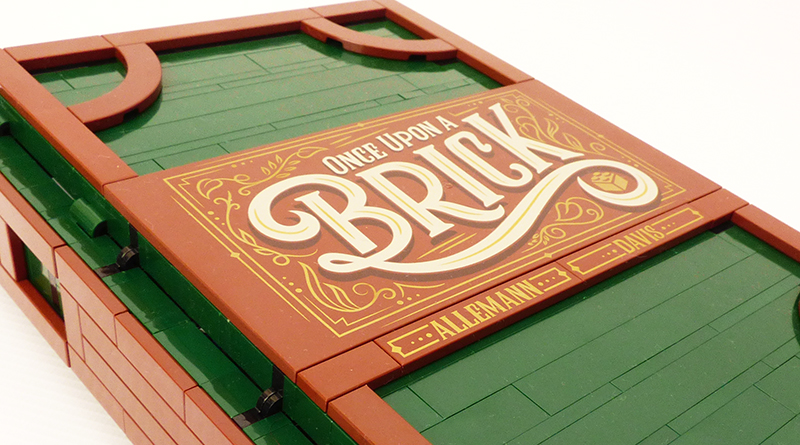 LEGO Ideas throws up come interesting concepts. As well as bring licences to the fore that the LEGO Group may otherwise overlook, the crowd sourced theme brings unique concepts to prominence too. In the case of 21315 Pop-up Book, it offers something that has never been done before in an official LEGO set. Having a pop-book is completely original, as is a LEGO set using these kind of mechanics. After seeing the original LEGO Ideas submission two years ago, fans have been wondering how this finished set would turn out. 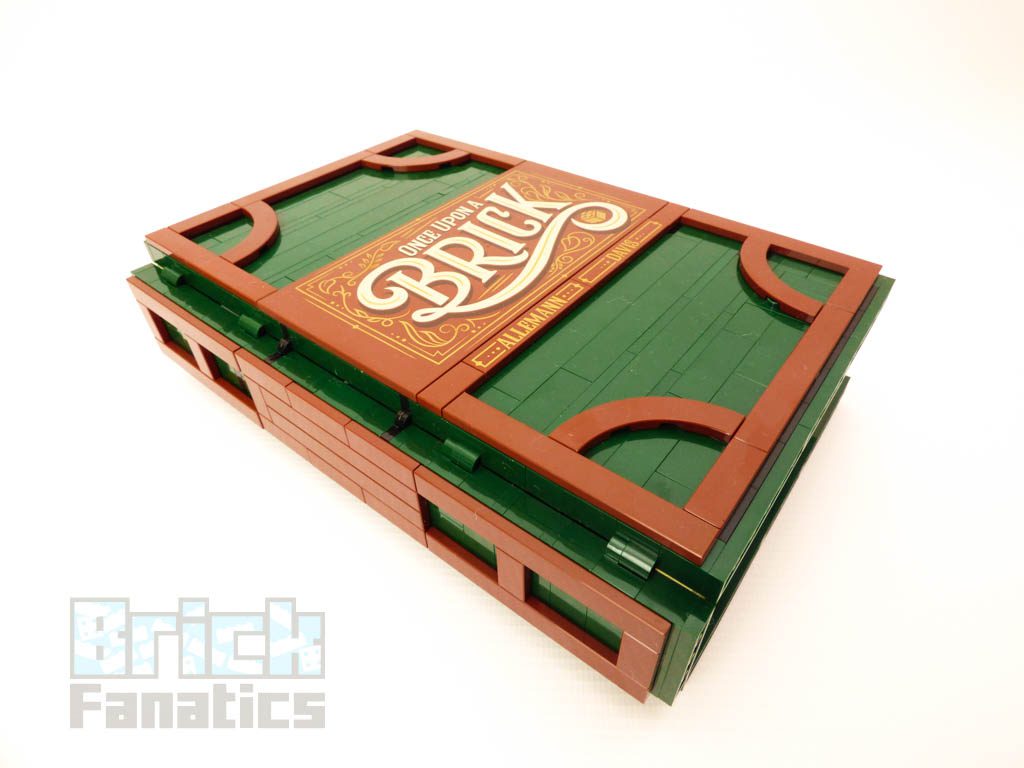 Building this set is surprisingly straightforward. The book itself is built separately to the two included scenes, and comes together exactly as would be expected. It looks excellent when complete, finished with some brown tiles on the front, included the large printed piece reading “Once upon a brick”. What is more, as the book’s authors, Jason Allemann and Grant Davis have their second names printed on tiles, something that very few LEGO fans can lay claim to.

Two scenes are constructed separately. One represents the story of Little Red Riding Hood, while the other represents the story of Jack and the Beanstalk. In order to work with the mechanism, the scene must be small and fairly flat, so the front wall of Grandma’s cottage is built rather than an actual building. Despite that, some nice details are included such as a fireplace and it definitely evokes a fairy tale vibe.

For both scenes, two small sections of foliage are attached to the corners of the book to offer a little more environment, whilst the Little Red Riding Hood scene has a bed for the Wolf to be sat in, which is a neat little component, and a table with tea. This first fairy tale scene is very close to the original design submitted by Jason and Grant.

Adding the Little Red Riding Hood scene to the model, then opening and closing the book triggers the pop-up mechanism. It works very well, as it is very simple. On each side of the scene are Technic axles, with a hinge in the centre of the wall. This means that it simply folds down in two in a smooth motion when closed, and the opposite when opened. It is well executed, in an incredibly simple way.

The Jack and the Beanstalk scene is a little more creative in its execution, with mini houses and a mini wind mill sat on hill tops. Clouds demonstrate how high up this is supposed to be, with green Technic elements used for the towering beanstalk. At the top, a small – but larger than the houses – home sits on a cloud for the giant.
How this section functions is more impressive than the Little Red Riding hood build, as a string attached the beanstalk to the book, pulling it into a folded position as it closes. Each time the book opens, the beanstalk unfurls to its full height. Aesthetically it is slightly less attractive than the other option, but technically it is a little more impressive.

As with Jason Allemann’s previous LEGO Ideas release, 21305 Maze, this is designed in such a way that it will be easy for fans to add their own models. With the basics of how it works clearly demonstrated during the build, as long as builders follow the template and then attach their model, it will work with the pop-up book.

In a pleasantly surprising aspect to set, four new minifigures and a micro-figure are included. All of them look as if they have stepped straight from the pages of a fairytale, definitely capturing the right feel. Little Red Riding Hood has excellent skirt and hood elements with her innocent face oozing with charm, while the Giant has great details, such as minifigure skulls strapped to his back. Jack is represented as a micro-figure, a great choice.

The stand out minifigure though, is the Wolf. It would have been easy for a previous LEGO wolf man minifigure to be used, but instead the designers have matched the outfits worn by Grandma and the Wolf – only the latter’s is ripped up. Glasses and lipstick have even been printed onto the Wolf’s face, completing the disguise.

LEGO Ideas 21315 Pop-up Book is a rare example of the finished set staying extremely close to the original LEGO Ideas submission. It is one of those LEGO sets that will impress non brick fanatic friends, when they see it open up and reveal the pop-up function. That function is very simple though, and at £59.99, there is not much of a “wow” factor for long term LEGO fans.

Those who enjoy the novelty of what this set does, which is unique within the range, will want to pick it up. For many fans though, the money could be better spent on a set that feels more substantial and offers more in terms of display potential.

21315 Pop-up Book will be available from November 1 at shop.lego.com. You can help support Brick Fanatics’ work by using our affiliate links.