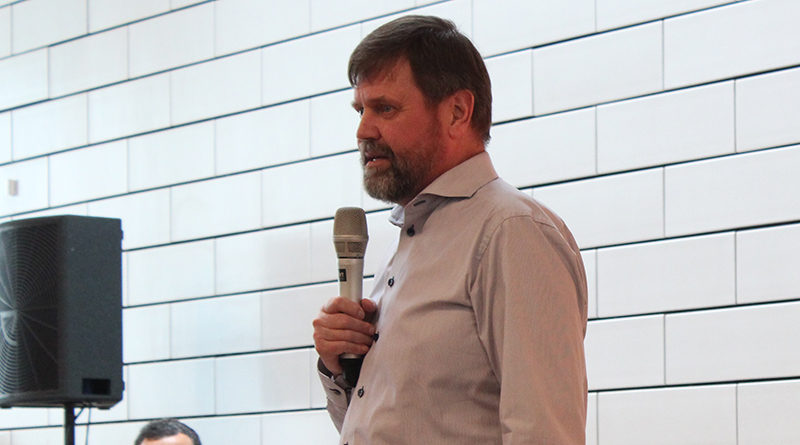 In an exclusive interview with Brick Fanatics, LEGO Head of AFOL Engagement Tormod Askildsen credits AFOLs with showing the LEGO Group that adults need play too.

In 2020, the LEGO Group released the first-ever products age marked 18+ and proudly proclaimed: “Adults welcome.” For Adult Fans of LEGO (AFOLs), though, there’s nothing new about being a grown-up surrounded by LEGO bricks. In this illuminating interview, the LEGO Group’s Head of AFOL Engagement Tormod Askildsen – whose role is all about understanding adult fans – explains how the growing number of AFOLs eventually contributed to products being developed specifically for adults.

Brick Fanatics: What is your take on what an ‘AFOL’ (adult fan of LEGO) is?

Tormod: AFOLs are mainly a group of people who discovered kind of the true joy of building LEGO as kids. And I believe that among all the kids who have received a LEGO set and played with LEGO bricks, I think the experience connects with some of them more than the others.

The way to connect these dots is that when you get to a point where you can actually create something of your own, that not only your mum and dad, but you actually feel an incredible pride in yourself for what you’re able to create, it gives you this hunger to create more. You discover that you can eventually create anything.

It’s a way to express things – to express objects – but eventually you get to express yourself. It’s also about who you are. Through that investment you create a very strong emotional connection to the building system to the LEGO brick. And it’s not because of the brick as such, but it’s because of what it’s doing to you. It’s how you feel. To me that is the starting point for being an AFOL.

Why are AFOLs important to the LEGO Group?

These people are important to the LEGO Group because they get it. They understand the potential of the building system. The outcome of that is a number of different things. Of course, one thing is that we appreciate that they buy a lot of LEGO sets, but that’s actually the smaller part of it from [the LEGO Group’s] perspective. The bigger part is that they essentially demonstrate to the world what you can do with the LEGO brick as a creative medium; that this is the building system, and because they have invested so much time and effort in mastering that system, they can express themselves through it, and they can make anything. And if they only sit in in a room doing that, that’s nice, but what we appreciate is when AFOLs get out with that, they share that, because they inspire a lot of people.

So there is that advocacy, you can say, that is happening when AFOLs are actually sharing the creative potential of the building system. That is hugely important to us. Then we also have, over recent years, started to invite AFOLs to co-create with us, to share ideas for new LEGO sets, to share content that they create. We then have the opportunity now to actually turn some of these ideas from some incredibly talented people into actual products that support our portfolio. And that also, by the way, performs very well commercially. That’s kind of an added bonus to all of this. And then of course all the content that is created by all kinds of AFOLs, from stop-motion movies to toy photography, which they allow us to leverage on LEGO.com and all the social channels that inspire an enormous amount of people.

I think at the heart of it is that we admire AFOLs, because they have gotten to a point where they can use the LEGO building system as a creative medium. And they’re also sharing that with the rest of the world. That’s really at the heart of it.

What is the connection between AFOLs and the new adult-targeted products that the LEGO Group is releasing?

I believe there is a very strong connection, because when I started to work with AFOLs almost 20 years ago, you could just see that adults were buying LEGO sets. The first time I discovered that was when we launched LEGO MINDSTORMS in September 1998. Via the postcards in the boxes we received in early 1999, we could see that half of the people who bought all sets were not children – they were adults. I was very intrigued by that, and that was when my interest for adult users, so-called AFOLs, started.

So I think AFOLs, by sharing the joy of the LEGO hobby, have stimulated a lot of kids and parents, but also other adults. And when they start to follow this and they search for things, other adults have understood now that actually, ‘This could be something for me, there are other adults doing this, [and] they obviously seem to have a great time doing it.’ That has inspired us, because now we have decided to actually target adults, responding to what an AFOL told me some years ago: ‘I really hope that LEGO will consider me a legitimate consumer someday.’ Because adults have never been a part of the LEGO target group.

But now we have decided that we want to target adults specifically, not only as parents and as shoppers, but as users of LEGO products. And that is what we talked about. By doing this, we’re actually sending a very strong signal to AFOLs, saying: ‘Hey, thank you, guys.’ Because if AFOLs had not been doing what AFOLs have been doing over the past 20 years, there would probably not be so many adults who buy LEGO sets for themselves as today.

20% of our sales now are going to adults who buy for themselves. That would not have happened without the ‘AFOL movement’, as I would call it. Now we are going beyond that, so now there will probably be many AFOLs actually buying the sets that are targeted to them. Both AFOLs and adults who may or may not have fallen in love with LEGO bricks as a child can see that this is the most awesome stuff [for when] they need a time-out from the daily rumble.

So definitely yes, I think AFOLs have played a very significant role in getting to where we are today. We used to say, five years ago, that adult consumers were 5% [of our market]. And I think that’s partly because it was a much lower rate and has increased over the past few years, but also because we hadn’t really measured it systematically because it was not the target group. Now we have started to really go in and measure it and analyse the numbers. I think we have actually worked quite a lot on that over the past year.

Because of that, we also feel we can do much more for AFOLs, to recognise them and also to give them more of what they need for their hobby. We have LEGO Ideas, but LEGO Ideas is not a place that AFOLs can go and there is everything they need for LEGO hobby – it’s more like, if you have a great idea for a LEGO set, post it here. So we would love to be able to broaden that out to also offer more things for adults actually hosted by the LEGO Group, inviting AFOLs to come in and directly engage both with the LEGO Group but also with each other in a space that is for that purpose.

But we cannot provide everything that AFOLs need for the hobby. It is a huge ecosystem of services and blogs, repositories and tools, everything that is created by AFOLs themselves. The LEGO Group cannot provide everything an AFOL needs, so what are the things we can provide? Then how do we collect all of this together, so it’s also possible for the new adults who come in to actually navigate in this incredible system of inspiration and tools for the LEGO hobby?