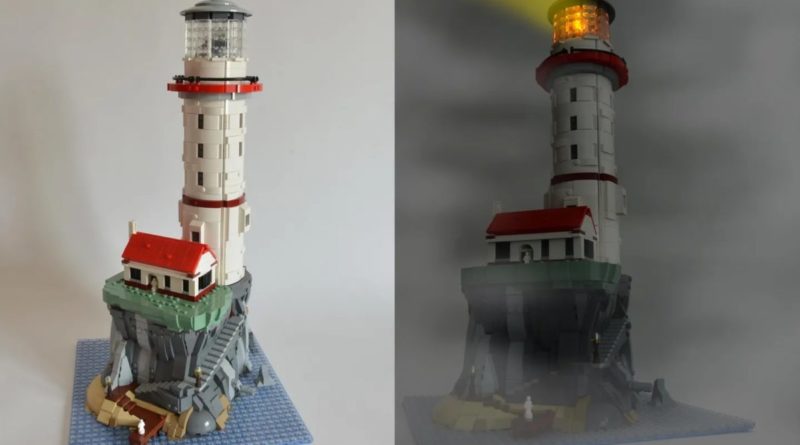 The next LEGO Ideas set is rumoured to be 21335 Motorized Lighthouse, with a tentative release date of September – and a sky-high price tag.

Sandro Quattrini’s enormous, brick-built lighthouse got the green light from the LEGO Ideas team all the way back in June 2021, and chronologically-speaking is the next in line based on the current list of sets in production. It’s perhaps not so surprising, then, that Instagram user brick_clicker reports 21335 Motorized Lighthouse will follow the newly-released 21334 Jazz Quartet.

According to an Instagram story published by brick_clicker, 21335 Motorized Lighthouse will arrive in September, therefore becoming the sixth LEGO Ideas set to land on shelves in 2022. Earlier reports have indicated that we’ll actually see another two arrive before the year’s out, in the form of 21336 and 21337, and the price tags linked with both of those sets and the lighthouse are all pretty staggering.

21335 Motorized Lighthouse, for one, is now said to come in at $300 – although brick_clicker suggests that could yet increase in line with other LEGO price changes in August and September. Either way, it’s in the same ballpark as the previously-rumoured price tags for 21336 and 21337, which are thought to be around €349.99 and €299.99 respectively.

Looking at the current line-up of LEGO Ideas sets still in production, however, it’s difficult to see what could be occupying those slots: the lighthouse is definitely a strong contender for an expensive set (particularly with those motors), and Donát Fehévári’s Foosball Table – revealed at LEGO CON in 2021 – could also balloon to a size that requires a hefty budget.

Beyond that, though, we’re potentially looking at Andrea Lattanzio’s A-Frame Cabin (it’s hard to see Jaijai Lewis’s The Office coming in at €300), which would be a surprisingly swift turnaround for a set only approved in February 2022. Of course, there’s also the distinct possibility that any or all of these rumoured price tags are actually incorrect.

And on that note, it’s also worth taking details around 21335 Motorized Lighthouse with a pinch of salt for now. LEGO Ideas is a unique theme in that we know what’s coming up, but any and all concrete information on the particulars of those sets is still just a rumour until officially confirmed by the LEGO Group.

21334 Jazz Quartet is available now for VIPs – with double points until the end of tomorrow – and goes on wider sale on July 1. The rest of this year’s LEGO Ideas portfolio consists of 21331 Sonic the Hedgehog – Green Hill Zone, 21332 The Globe, 21333 Vincent van Gogh – The Starry Night and 40533 Cosmic Cardboard Adventures.