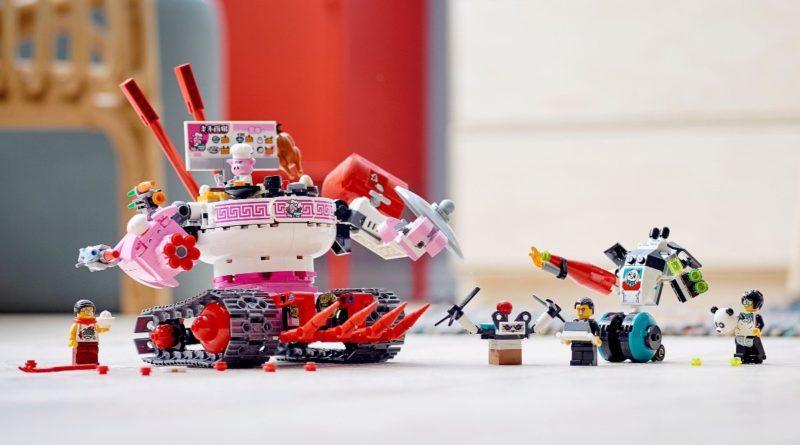 The LEGO Group has started scaling back sales of its Monkie Kid sets in Europe, as LEGO Stores are removing them from shelves to make way for other themes.

Originally designed exclusively for the Asian market, the Monkie Kid range – which includes the likes of 80012 Monkey King Warrior Mech, at one point a mainstay in Brick Fanatics’ Top 20 LEGO Sets List – has only been available to purchase in western territories through direct channels, after the LEGO Group promised to abandon region-exclusive sets.

However, multiple LEGO Stores around the UK have now decided not to replenish stock of Monkie Kid sets. According to the stores that Brick Fanatics contacted, that’s ostensibly to make better use of what limited physical shelf space they have available – especially with a view to the dozens of new sets that launched at the beginning of August – but one store did tell us that the range hasn’t proved ‘particularly popular’ with customers.

LEGO Stores that do have remaining stock of Monkie Kid sets have started discounting them to make space, so it’s worth checking your local store to see if you can grab a bargain. Given they’re only otherwise available at LEGO.com, this is essentially the only discount you’ll ever see on any of the Monkie Kid range.

StoneWars reports that it’s the same story in Germany, with the sole exception of the store in Düsseldorf, where Monkie Kid sets will continue to be sold for the foreseeable future – perhaps owing to both the size of the store and the city’s large Asian community.

Larger stores around Europe may therefore still sell Monkie Kid sets, but otherwise, your only option for both the current range and any future waves will be to head online. That includes the two most recent launches, 80026 Pigsy’s Noodle Tank and 80028 The Bone Demon.