A new magazine title – LEGO Jurassic World – will tie in with the return of the theme and new movie release.

It seems that LEGO magazines and comics aimed at children are almost as necessary for a theme as the LEGO sets themselves today, with plenty of titles in the kids’ section of newsagents. To tie in with the return of the LEGO Jurassic World theme this year, Germany and Italy will be getting at least two magazines, PromoBricks reports. 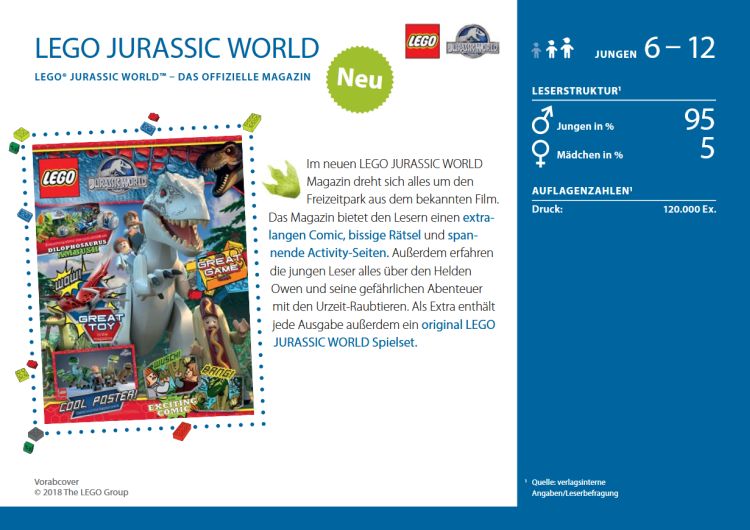 The main thing that anyone is interested is the attached little LEGO set that comes packed with each copy, with the first Jurassic magazine expected to be come with a baby Raptor in nest attached. This first issue will be priced at €3.99.

Like The LEGO Batman Movie, this is likely to be treated a ‘special’ magazine rather than a monthly, as the two confirmed issues will be released on May 9 and August 7 in Germany. Although not all of the magazine titles are available in all regions, it is likely that LEGO Jurassic World magazine will make its way to the UK.