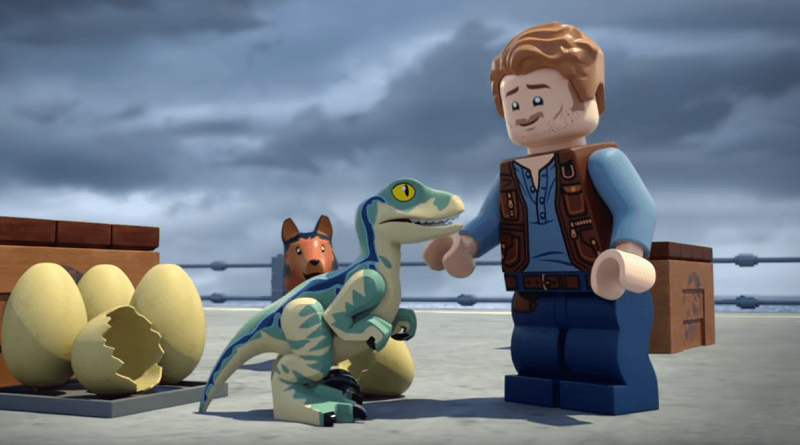 A new LEGO Jurassic World animated special, The Secret Exhibit, will be screened on NBC for the first time tonight.

Universal Brand Development and the LEGO Group partnered on the special to come up with a prequel to the 2015 film Jurassic World. In the original story, LEGO Jurassic World owner Simon Masrano wants a new attraction to keep his theme park relevant. Three dinosaurs are transported to Isla Nubla, where things do not go exactly to plan. It sees Claire Dearing meet Owen Grady when he is hired as Jurassic World’s new animal behaviourist.

Here is an excerpt from the official synopsis:

But the mission to deliver the dinosaurs turns out to be far more difficult than anyone could have imagined. From a runaway Gyrosphere, hang gliding with a Pteranodon (how did they get out of the Aviary?!), to a high-speed game of chicken with a T-Rex, Owen will earn his paycheck and then some. And Claire may just get promoted to Assistant Manager of Park Operations. Along the way, we get the first inklings of why Owen and Claire drive each other crazy, but despite their differences, they succeed and make a great team. Oh, and Owen meets Blue for the first time as he discovers he has a way with dinosaurs he never knew about!

LEGO Jurassic World: The Secret Exhibit will be shown on NBC at 8.00pm ET/PT. It will be released on DVD, with bonus features, on January 15, 2019.