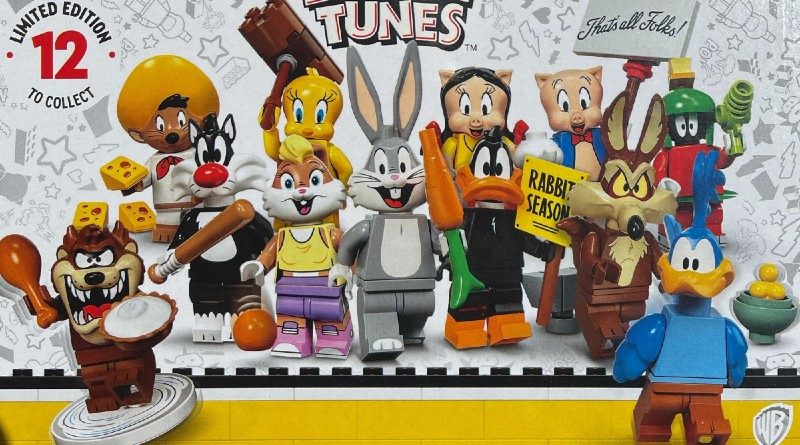 The next Collectible Minifigures Series has been revealed as Looney Tunes thanks to an early release, with the cast of characters including animated icons such as Bugs Bunny and Daffy Duck.

A Brickset member found a full box of the series while out and about in an independent store in North Carolina, where they were able to purchase a full set and reveal the series to us.

71030 Looney Tunes minifigures is the theme of the new range of collectable characters with 12 in total to collect. Here are all the minifigures you can find in this series:

The new minifigure series is likely to be popular, with such classic and recognisable characters recreated in minifigure form for the first time. I mean who doesn’t remember Petunia Pig? Lola Bunny also makes an interesting appearance with a basketball, no doubt in reference to Space Jam 2.

The Brickset member received a receipt for his purchase where we can see that each minifigure will cost $5.99, a slight increase in price from 71029 Series 21 costing $4.99, so we’ll have to see how this is reflected in other regions.

From the receipt, we can also see that 36 minifigures make up the box, this likely means that the series will be sticking with foil bags as opposed to the cardboard boxes in 43101 Bandmates, which contained 24 of the characters.

We’ll update you when we learn more, including when this new Collectible Minifigures Series might release but, in the meantime, that’s all folks!