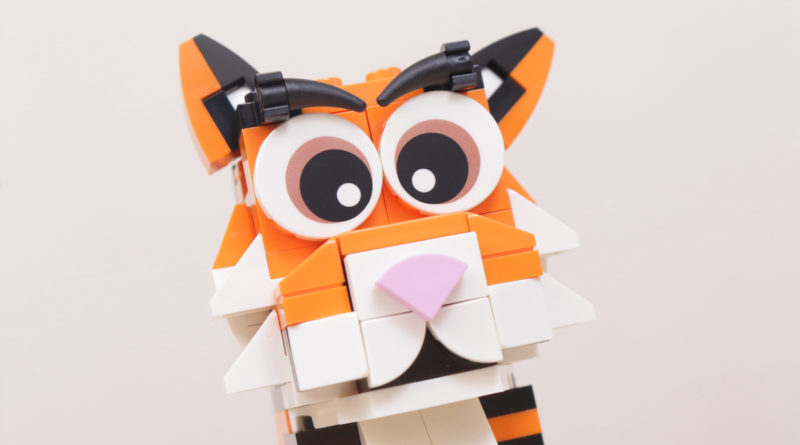 Following on from the likes of 40417 Year of the Ox (review) and 40355 Year of the Rat (review) comes the latest mini-animal-based build to reflect the start of the next Chinese/Lunar New Year, in the form of 40491 Year of the Tiger.

Marking the Lunar New Year for 2022 that begins on February 1, 40491 Year of the Tiger is a cartoonish interpretation of the latest Chinese Zodiac animal. People born in the year of the Tiger are believed to be quick-witted, resourceful, versatile and kind. As someone born in a Tiger year, I can confirm all of these things. We are probably also very humble.

Built in the same style as its predecessors and as a result making a fine, logical addition to what is now quite a collection of these builds, 40491 Year of the Tiger is colourful and eye-catching and would look particularly at home with our new favourite set, Creator 3-in-1 31129 Majestic Tiger. It’s relatively intricate for the size of the build and, on a different scale to the mighty 31129 Majestic Tiger, a good demonstration of finding a creature’s form in LEGO pieces.

If you are collecting them all, or are after a representation of being quick-witted, resourceful, versatile and kind, you can pick up 40491 Year of the Tiger at LEGO.com and in LEGO Stores right now and all the way through to January 27, or while stocks last, as a free gift with purchases over £85 / $85 / €85.

This set was provided by the LEGO Group for review purposes.

Support the work that Brick Fanatics does by purchasing your LEGO through one of our affiliate links – thank you!