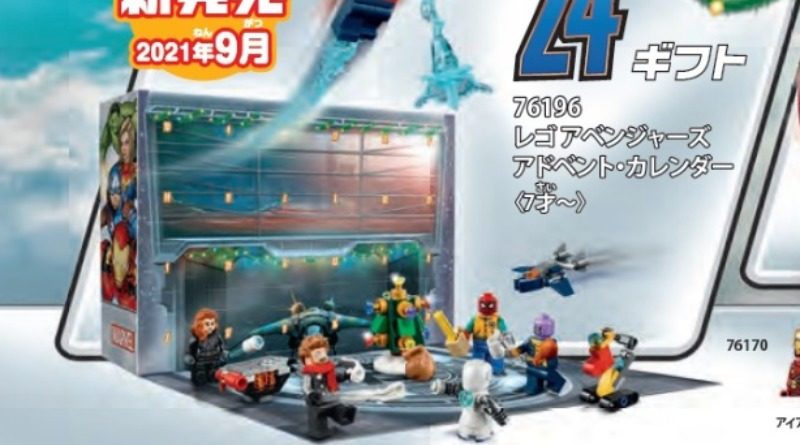 We’ve got our first look at LEGO 76196 Marvel Advent Calendar for this year.

Many of the characters have been given a festive update, with Spider-Man wearing a yellow college jacket, Iron-Man in a brightly-coloured sweater, and Thor sporting a scarf.

Thanos is in minifigure-form, rather than his Titan size, as in  76192 Avengers: Endgame Final Battle. Dum-E is also in attendance, in case cooking the turkey cooking gets out of control.

As always in advent calendars, we’ve got a miniature spaceship, the Quinjet. All of the actions is taking place on a brick-built heli-carrier, with turkey and drinks on hand for their festive revels.

We expect 76196 Marvel Advent Calendar to be available from September for €29.99. We’ll keep you updated on any further details as we get them, but for now, take a look at all we know about 75307 Star Wars Advent Calendar. There have also been official images released for a range of LEGO Star Wars summer sets, coming soon.