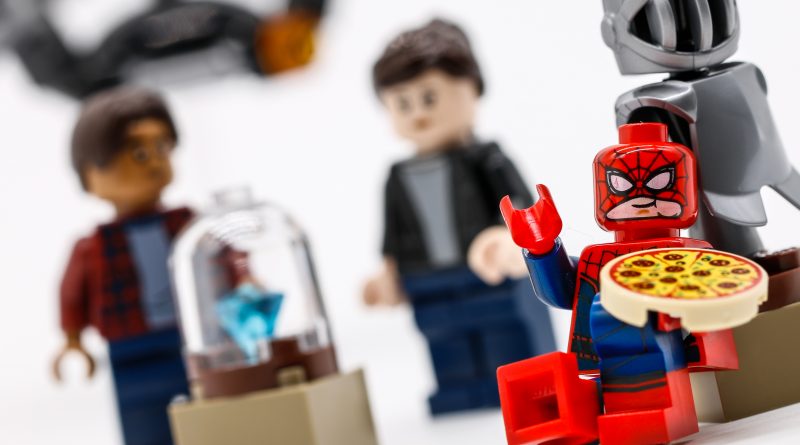 LEGO Marvel 40343 Spiderman and the Museum Break In finally gives fans the chance to add Spiderman’s best friend Ned Leeds, as well as Spidey and an updated Maria Hill, to their Marvel cinematic universe collection

40343 Spiderman and the Museum Break In is designed to accompany the recent Spider-Man: Far From Home sets and comes with three minifigures, Spiderman and two exclusives Ned Leeds and Maria Hill. Included within the set are also the pieces needed to build two museum exhibits – a diamond display and antique suit of armour – and a drone. 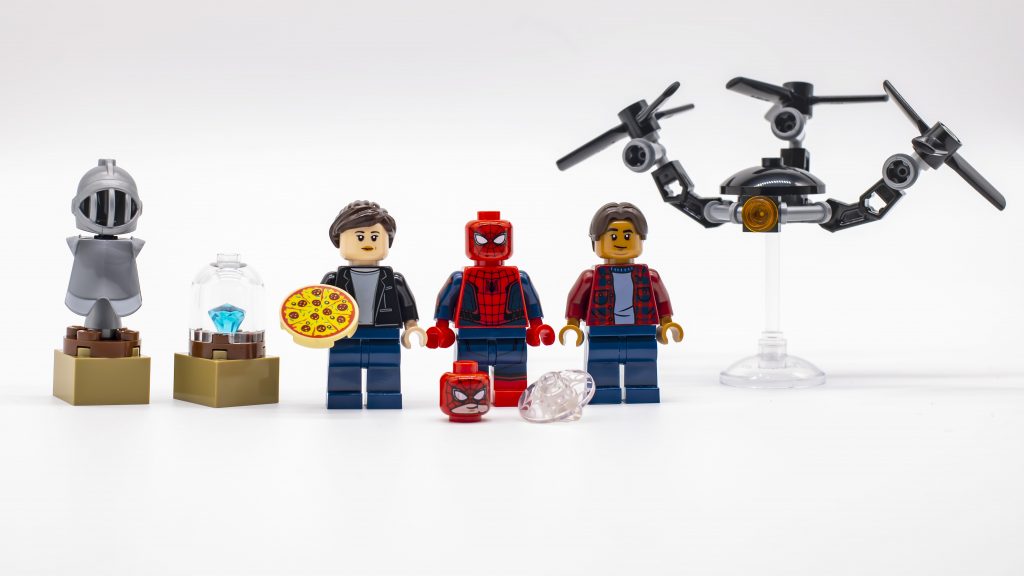 Spider-Man is the same featured in 2017’s Homecoming sets, 76082 ATM Heist Battle and 76083 Beware the Vulture, but that’s a good thing as it’s a really excellent version of the web slinger. The printing looks amazing, especially the webbing on the torso and silver highlights on the facial print. The dual moulded legs and arm printing are equally stunning. It really is one of the best versions of Spider-Man out there.

As well as his regular masked head, 40343 Spider-Man and the Museum Break In comes with an extra head with an exclusive print showing Spidey’s mask pulled up taking a bite of something – presumably a slice of the delicious looking pizza that’s included within the set. When he is done eating pizza Spidey can go back to fighting crime and protecting his friends using his web shield – a printed trans-clear 2×2 round dish.

Maria Hill was previously only available in 2015’s 76042 SHIELD Helicarrier and here she wears a more casual attire then her typical agent outfit, made from a collection of existing parts. The elements used are plain blue legs, ponytail hair, Bruce Banner’s torso and, rather strangely, Rose Tico’s head piece, which doesn’t really look that accurate. While it is nice to get an “update”, this variant doesn’t feel particularly special.

The most desirable minifigure of the three, and another exclusive to this set, is Peter Parker’s best friend Ned Leeds. Ned has a medium flesh tone and exclusive facial print, smiling on one side and worried on the other, and is dressed in a plaid shirt with plain blue legs. The use of Professor Flitwick’s centre parted hair piece is an excellent choice as it looks very accurate to the on-screen character.

Three small builds are included within the pack. A trans-light blue diamond is kept safe in its own display case and an antique set of armour on a stand make up the museum artefacts, while the criminals of Venice are attempting to steal them with a lightweight drone. The build of the mechanical flier is surprisingly quite large and really looks like it’s hovering thanks to the trans-clear bar and dish it sits on.

41043 Spider-Man and the Museum Break In contains a beautiful version of Spider-Man, along with that exclusive head piece, and two exclusive minifigures. Maria Hill is rather uninspiring and perhaps the set would have been more attractive if she was replaced with a villain for Spidey to battle against. It’s potentially priced a little too high for what it is, but most LEGO Marvel fans will surely be tempted by the opportunity to add Ned to their collection.

41043 Spider-Man and the Museum Break In is available now at shop.lego.com. You can help support Brick Fanatics’ work by using our affiliate links. 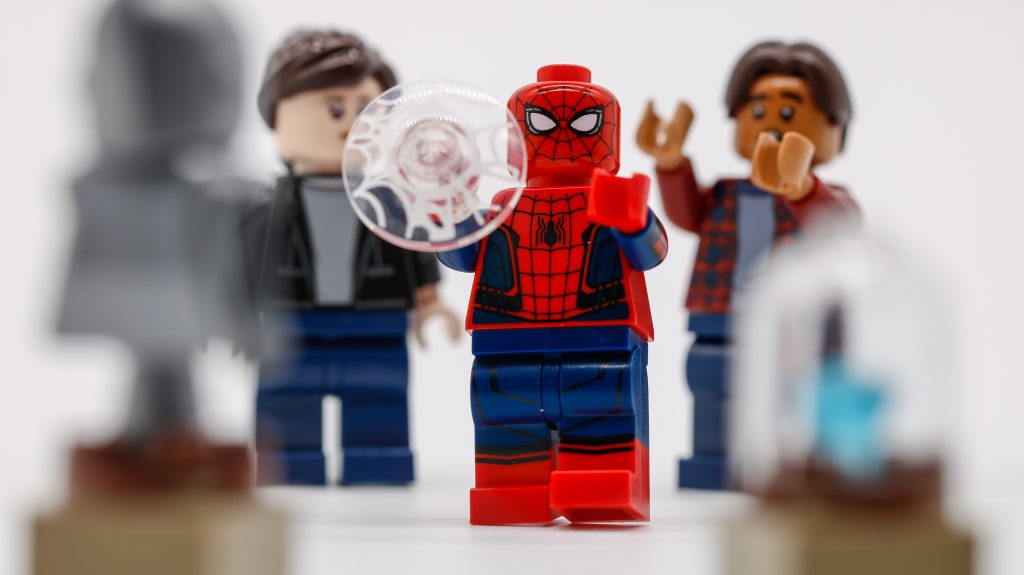