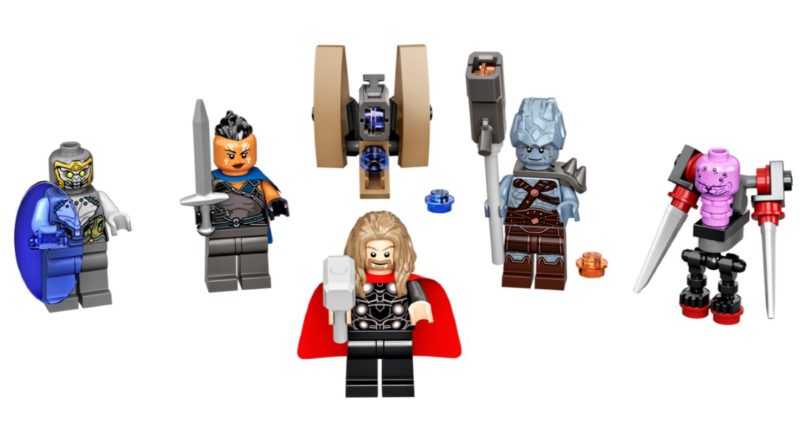 The rumoured LEGO Marvel 40525 Endgame Battle pack has been revealed on the online store, including minifigures based on Thor: Ragnarok.

Korg, Miek, Valkyrie and Thor are all back in a brand new LEGO Marvel minifigure pack as it turns out that 40525 was the rumoured set after all. An official image of the accessory model has been revealed on LEGO.com, as well as details of pricing and its release date.

As pictured in the featured image above, the main cast of Thor: Ragnarok are all included in the build, though Thor’s costume is not based on the third film since the whole set is inspired by Avengers: Endgame. An exclusive Korg minifigure sits alongside a build of Miek in his battle armour

To fight against the forces of good, a Chitauri with a cannon is also featured, though might not be the main attraction of the pack. This joins a busy brick-based year for Thor in 2022 with Thor: Love and Thunder getting not one, but two LEGO sets and the character also appears in a life-sized prop recreation.