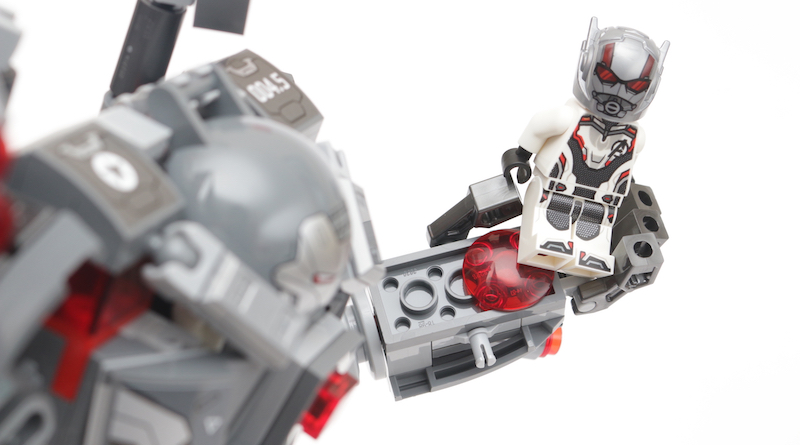 How different is LEGO Marvel Super Heroes 76124 War Machine Buster to last year’s 76104 The Hulkbuster Smash-Up? And what sort of LEGO mech is it in its own right?

The challenge that 76124 War Machine Buster faces in its 2019 release ahead of Avengers: Endgame, is in comparisons to 76104 The Hulkbuster Smash-Up, still available on shelves, at the same price, and, on the face of it, very similar. 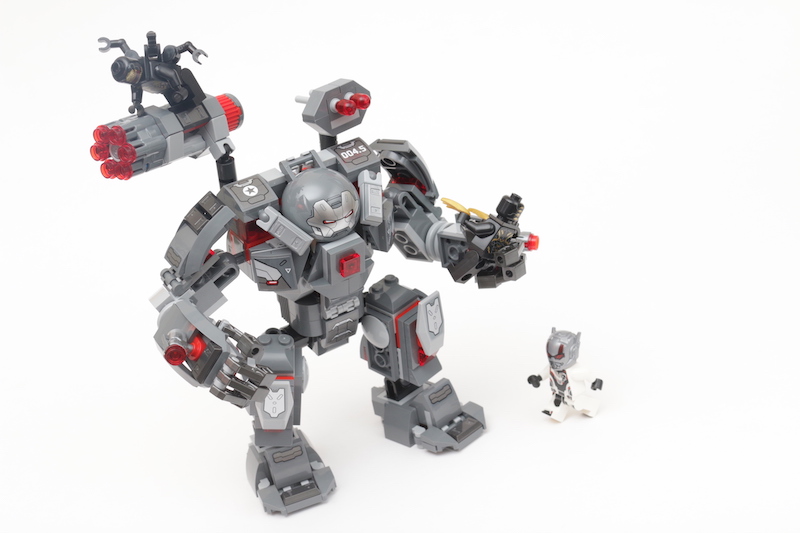 Working to the same price point, scale and approximate piece count, 76124’s cause is most immediately helped in that it is not a Hulkbuster per se, instead based on Iron Man’s closest ally, War Machine. The change in colour palette is the clearest design point that is different for the War Machine Buster, and fortunately, it is not the only one.

Importantly, in standing shoulder to shoulder on shelves, as much as in anyone’s LEGO Marvel collection, 76124 War Machine Buster is just about suitably different in its construction, albeit whilst using the same core skeletal framework underneath.

Essentially, that means that this is a familiar-feeling build, just without the revolving arm function of the Hulkbuster, and with further differences felt in the finer aesthetic points to the build. The ball and friction joints for the shoulders, hips and ankles are the same, both in how they facilitate the model’s final movement (albeit with the revolving arm play function removed) and how they are positioned in the structure.

On top of that frame are a headpiece and a lot of other pieces used a year ago on 76104 The Hulkbuster Smash-Up, just in grey rather than dark red. Yet, how those same pieces (alongside additional, new ones) have been applied are different, most particularly in how the chest cavity houses its pilot, and how the arms and legs are decorated and given their more specific form.

The clearest differences are felt in the upper body, across the shoulders and arms. The shoulders are raised and widened so as to support War Machine’s cannon, which has cleverly integrated the six-stud rapid shooter. It’s a change in design across the top of the model that, coupled with the new chest design, also has the effect of changing more of the mech’s appearance, by visually pulling the headpiece back into the body more.

Meanwhile, the arm design from the elbows down is very different, thanks to connections through a Technic axle. The range of motion is more limited than the double-ball-jointed arms of last year’s Hulkbuster, but they are detachable, perhaps as a play feature to be fired at opponents.

Comparing one LEGO set to another isn’t always the fairest exercise. Through potential Avengers: Endgame story and action, a purpose for this set has been created in spite of 76104 The Hulkbuster Smash-Up. And, so close to the shelf run of that 2018 set, comparisons are going to draw that ultimately, it is a very similar creation, with similar plus-points and faults.

As its own creation, 76124 War Machine Buster stands as an interesting mech, just one that is likely bound in design by having to hit certain points of its reference material. There are far fewer poses that are possible with it than any number of more fluid, sometimes larger mechs released by the LEGO Group in other themes of late.

Yet, for its purpose as a big mech ready to challenge Thanos and stand shoulder to shoulder with previous LEGO Hulkbusters, there’s not a great deal to fault 76124 War Machine Buster on. The minifigures are pretty great too, particularly that new Ant-Man helmet.

Purchase your LEGO Marvel Super Heroes sets through our official affiliate links to directly support the work that we do at Brick Fanatics.