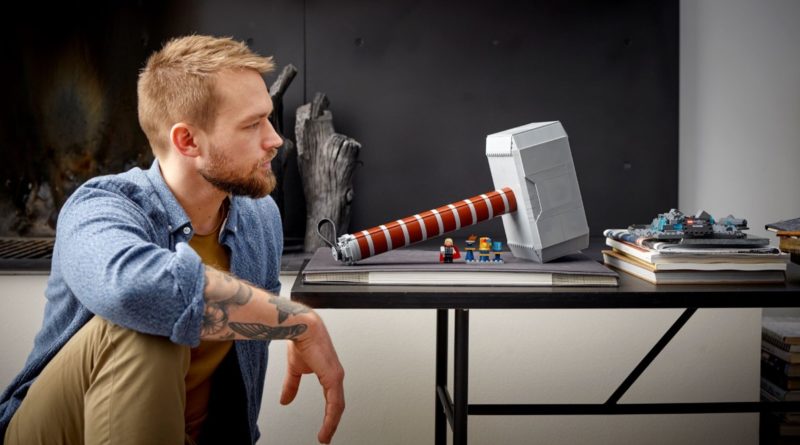 The LEGO Group has added 76209 Thor’s Hammer to its online store, confirming that this is one very pricey Marvel Cinematic Universe prop.

As revealed in images from US retailer Target earlier today, the set includes a single minifigure – who else but Thor, at least with a new design – a brick-built display stand, and three small-scale models of the Infinity Gauntlet, Tesseract and Odin’s Fire. There’s storage space for those objects inside the hammer, which looks pretty close to 1:1 scale at 46cm high and 29cm wide.

If you’re worthy enough, you’ll be able to pick up 76209 Thor’s Hammer from March 1. And if you’re based in the US, you can already pre-order it (at a comparatively tempting price) from LEGO.com, with shipping starting from the beginning of next month.

For the moment, this is the only LEGO Marvel set launching in March, and potentially the only Super Heroes set (beyond 31205 Jim Lee Batman Collection). The three delayed Marvel mechs will arrive in April, while the rumoured Tower of Fate set appears to have been false, given it shares a product number with 76209 Thor’s Hammer.

Support the work that Brick Fanatics does by wielding Mjölnir using our affiliate links.