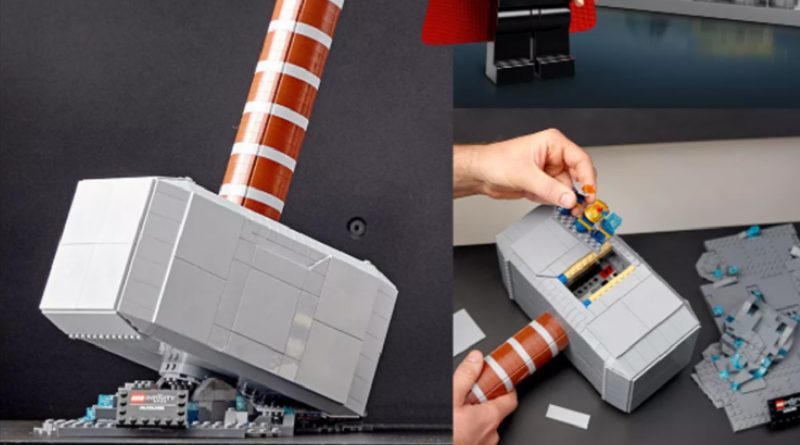 The first images for a new LEGO Marvel set have been revealed online as a look at 76209 Thor’s Hammer Mjölnir arrives at a retailer.

Target has revealed the first pictures of the previously rumoured 76209 Thor’s Hammer Mjölnir via a promotion for pre-orders of the build, which are said to be going live later today.

Although the set number isn’t included in the promotion, 76209 Thor’s Hammer Mjölnir was said to be a life-sized version of the iconic hammer made of magical metal, rebuilt with bricks and we can now see that it also includes a stand to angle the hammer when on display.

The inside of the hammer can be used as a storage space for the other featured model which depicts a minifigure of Thor as well as a small part of Odin’s treasure vault from Asgard.

This follows 76191 Infinity Gauntlet as another similarly scaled recreation of a Marvel item, though is notable taller thanks to the handle, which is topped with a LEGO VIDIYO strap for the leather loop.

According to Target, pre-orders are scheduled to go live later today, meaning an official reveal may be coming soon too. Target also states that more pre-orders, reveals and other surprises are coming at 8am CST, which is around 2pm UK time.