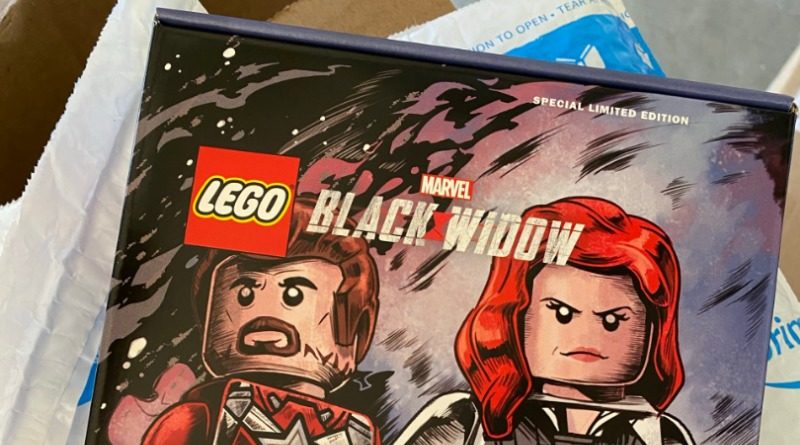 LEGO Marvel 77905 Taskmaster’s Ambush is beginning to arrive with lucky US buyers, but they’re not happy.

That’s because Amazon US – the only seller of the planned San Diego Comic-Con-exclusive – is seemingly delivering the coveted set in envelopes. Ace over at FBTB has published images of his copy, which arrived in a thin padded envelope.

That’s not much protection for what’s likely to be a very rare set. And as Ace points out, its limited availability means that if your copy does arrive a little banged up, exchanges are basically off the table. After all, it’s currently sold out at Amazon.

That may change from tomorrow, though. The Black Widow-inspired set was originally available online at Amazon, but quickly removed from sale. It then transpired that it was supposed to be exclusive to Amazon’s Treasure Truck promotion in the US until November 1, when it will presumably go on wide sale on the site. If past event exclusives are anything to go by, it may also appear on LEGO.com.

But you’ll still need to act fast, because event exclusives – like 75294 Bespin Duel and 77906 Wonder Woman – are produced in more limited quantities than regular sets.

Here’s the official synopsis for the 230-piece set:

Recreate Marvel movie action with this eye-catching display model featuring Black Widow, Taskmaster, and Red Guardian. The super villain is causing chaos and destruction in his 6-wheel monster truck. Black Widow launches an attack with her electroshock batons, Taskmaster fights back with his powerful sword, and Red Guardian charges into the battle with his mighty shield.

We’ll let you know if 77905 Taskmaster’s Ambush comes back into stock on Amazon tomorrow as expected, or if it appears on LEGO.com. In the meantime, you can support us by purchasing your LEGO Marvel sets using our affiliate links.