LEGO Marvel 77905 Taskmaster’s Ambush, inspired by the upcoming Black Widow movie and planned as a San Diego Comic Con exclusive, has been revealed.

Before Black Widow was delayed and San Diego Comic Con was cancelled, LEGO Marvel 77905 Taskmaster’s Ambush was intended to be an event exclusive set. Now, images of the model have turned up online, showing fans what may now turn up at LEGO.com.

Brickset has shared an image of the 230 piece set, with the Brick Fan publishing two additional images.

The Brick Fan shares this quote, which reads like a product description:

Recreate Marvel movie action with this eye-catching display model featuring Black Widow, Taskmaster, and Red Guardian. The super villain is causing chaos and destruction in his 6-wheel monster truck. Black Widow launches an attack with her electroshock batons, Taskmaster fights back with his powerful sword, and Red Guardian charges into the battle with his mighty shield.

The box art has a comic book style to it and features the name of the event, San Diego Comic Con, that it was intended for.

It is likely that the set will be sold exclusively in the US at LEGO.com, with 77907 Toad’s Special Hideaway launching that way today. 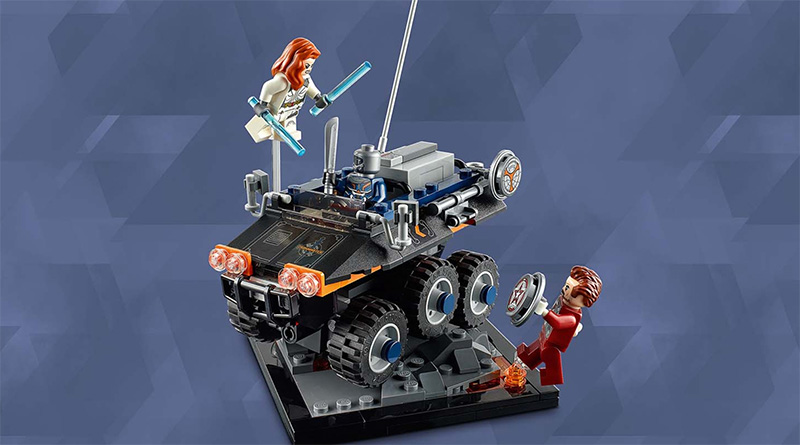