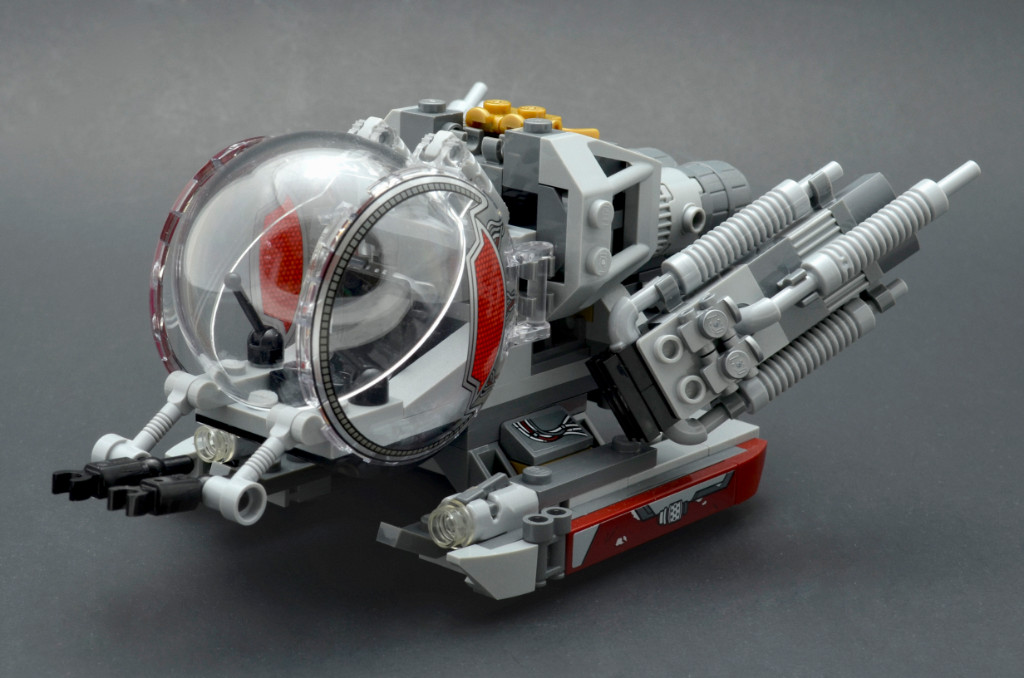 After the full wave of Infinity War sets, Ant-Man and the Wasp gets just one LEGO Marvel Super Heroes release – is it worth travelling to the quantum realm to track it down?

Super hero sets tend to run the gamut in terms of quality. One can only imagine this is due in large part to the theme having broad appeal amongst children and adults alike. Let’s find out where on the quality spectrum 76109 Quantum Realm Explorers falls, the set based on the recent Marvel Cinematic Universe release, Ant-Man and the Wasp. 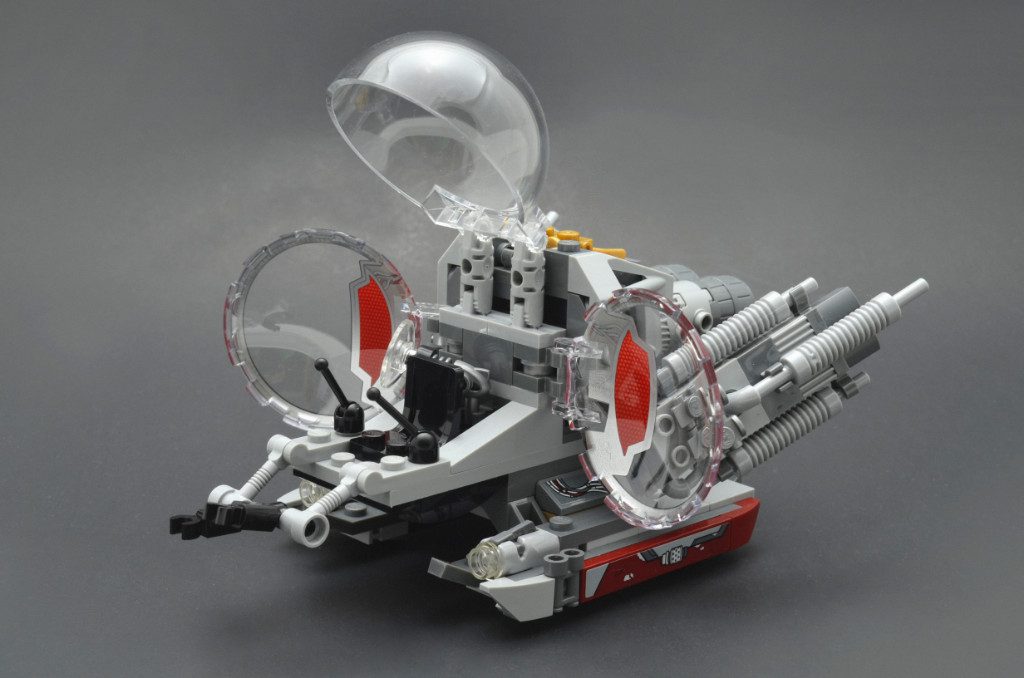 At £19.99 ($19.99), this is amongst the least expensive Marvel Super Heroes sets available. This diminutive size makes the overall appearance of the set all the more impressive. There has been an incredible amount of detail and smart parts usage put into this small package.

Typically, we don’t see too many sets with a large amount of greebling outside of the Star Wars theme, so it is really nice to see it put to use here. There are lots of pipes, roller skates and other bits creating a very complicated looking design. In reality, the build moves along quickly, and is easy to parse. The canopy design is another highlight of the set.

76109 Quantum Realm Explorers also makes use of the standard one piece helicopter skids, which the designers likely chose for its stability, but then also went the extra mile to almost completely obscure it. The combination of glass elements creates a very convincing bubble shape, while also allowing for maximum accessibility for placing and removing minifigures from the cockpit. The barrel engines at the back look great, and the “wings” at the side are highly positionable. Once taken in hand, the build is very swooshable. For those looking for “life after set”, there are plenty of terrific parts included here to warrant a purchase. This is even cheap enough to buy a couple of extras on sale to part out.

As is the case for many sets, the minifigures are likely to be a major draw, particularly in such an affordable box. While the Ant-Man in this set is new, the differences between it and the one in the previously released 76039 Ant-Man Final Battle are pretty subtle. Both are very well done figures, so for those on the fence about buying this set or paying separately for the old version, you are likely to be happy with either. Buying this set will certainly get you more bang for your buck, however.

The Wasp minifigure has a nicely printed body, though the helmet is just a re-purposed Iron Man one. This is a shame, as it doesn’t reflect the look of the movie helmet very well. The final minifigure in the set, Ghost, is a great addition to any fan’s collection. While she sadly doesn’t feature printed legs, her torso is beautifully designed, as is the head. Those looking to the minifigures as a source for parts will not be disappointed here.

All in all, I have to say this is one of the best sets to come out of the Marvel Super Heroes theme. The high level of detail in the build itself, combined with a very solid selection of minifigures and a low price tag make for an incredibly appealing offer. For fans of the films, this is surely a must-have. For everyone else, 76109 Quantum Realm Explorers is still a great model with high shelf appeal, as well as an excellent source of interesting parts. Do yourself a favor and pick this one up.