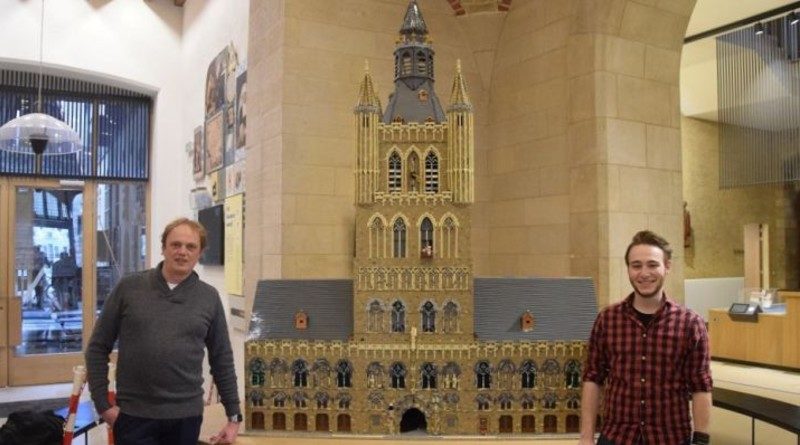 A contestant from LEGO MASTERS Netherlands has finished a five-month long project, adding the final bricks to a huge cloth hall build.

Corneel Clarys is the third-place winner of LEGO MASTERS Netherlands alongside his teammate Björn. Following the series, the builder couldn’t put down the bricks and started on a lengthy project to create a LEGO replica of the Ypres Cloth Hall.

The LEGO Master has been updating fans on the project via his Instagram for some time but Focus-WTV has finally confirmed that the project is completed. The final build comes to over 80,000 pieces, 2.4 meters high and 1.7 meters wide and will be on display in its new home of the Ypres Cloth Hall Museum, the same building that it is based on.

The real building was one of the biggest commercial areas in the middle ages and lay in ruins after the first world war. Thankfully, it was reconstructed between 1933 and 1967 and stands in West Flanders, Belgium to this day.

According to Focus-WTV, the build will remain on display for the rest of the year and took around 1,000 hours from start to finish. Corneel isn’t the first LEGO MASTERS contestant to stay in the spotlight following the show. Steve Guinness, half of the first-ever winners of a LEGO MASTERS show, has a typewriter set in development from LEGO Ideas.