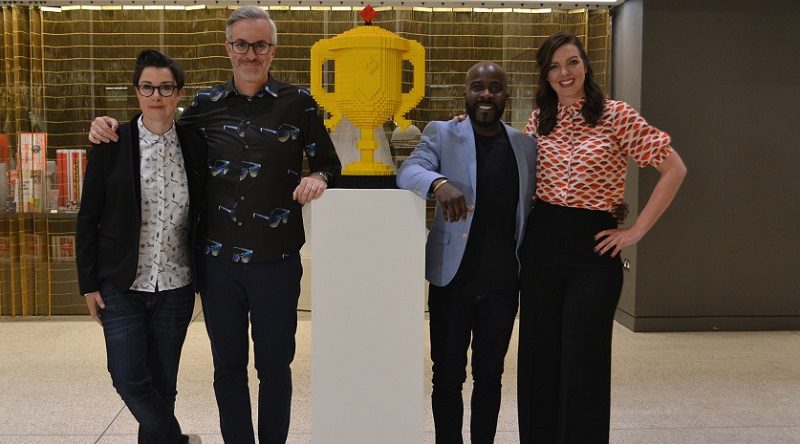 LEGO MASTERS Series 2 has been nominated in the International Emmy Kids Awards.

The International Emmy Kids Awards have been announced, and LEGO MASTERS Series 2 is nominated in the Non-Scripted Entertainment category. The competitive brick-based show, hosted by Melvin Odoom with support from judges Matthew Ashton and Fran Scott, is up against Hua Na Ha Kuob (The Baby Boss) from Thailand, Nachtraven (Nighthawks) from Belgium and The Voice Kids – Season 3 from Brazil.

“We congratulate the Nominees for their outstanding talent and for setting the standard of excellence we expect for young viewers worldwide,” says Bruce Paisner, President & CEO of the International Academy of Television Arts & Sciences. The winners will be announced during a special ceremony on Tuesday, March 31, 2020.

LEGO MASTERS has gone international in the past year, with Australian and German versions already having aired and a US version calling for builders. There has been no information yet on the third series of the UK edition since a casting call opened last year. Those down under can currently apply for LEGO MASTERS Australia Season 2.