Fans in the USA have the opportunity to apply for LEGO MASTERS USA.

Applications have opened for LEGO MASTERS USA, the new television series that was announced yesterday. Anyone with a passion for brick building can apply, ideally with a building buddy who will serve as a team-mate should the application be successful.

Submissions are being accepted from parent and child teams, but not double child teams – so this may be somewhere in between the UK and Australian version of the series, with the former having a few child teams and the latter featuring only adults. Applications can be made at the official website. 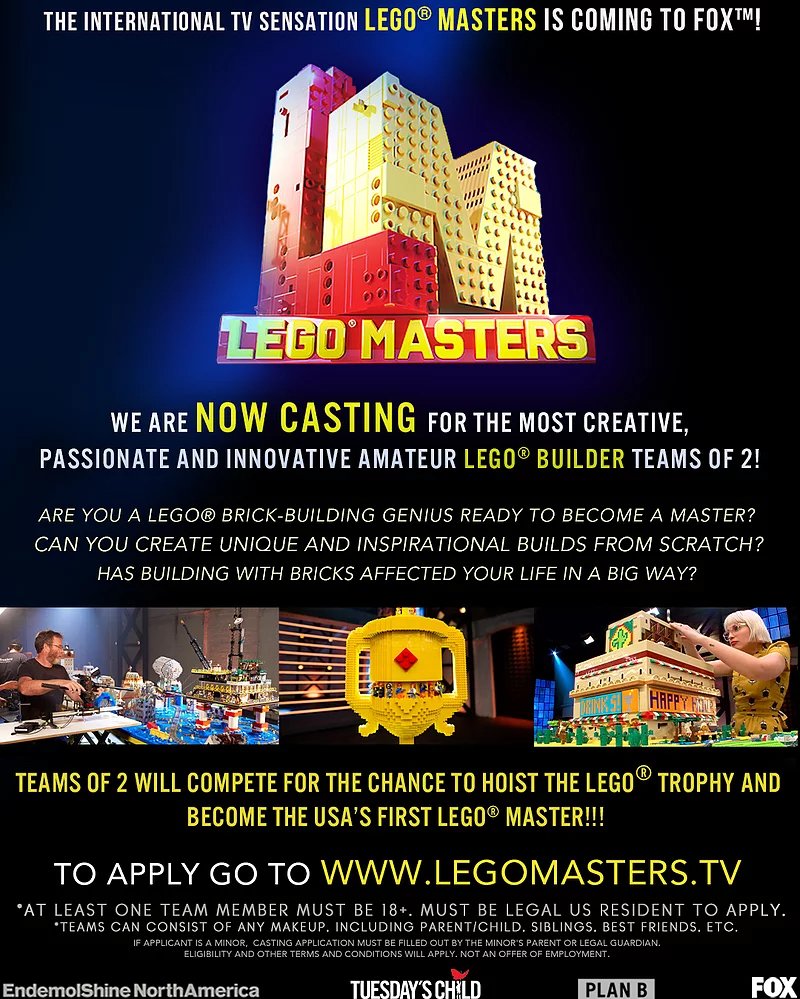 It will be produced by Endemol Shine North America, Brad Pitt’s Plan B and Tuesday’s Child (the company behind the original British edition) with the series airing on Fox. “LEGO MASTERS has everything you want in a reality-competition: an incredibly quirky and unique twist on a brand revered by billions of people, exciting team-based battles driven by creativity, and a premise that’s ultra-family friendly,” said Rob Wade, President of Alternative Entertainment and Specials for FOX Entertainment, when the series was announced.

Those down under can currently apply for LEGO MASTERS Australia Season 2.