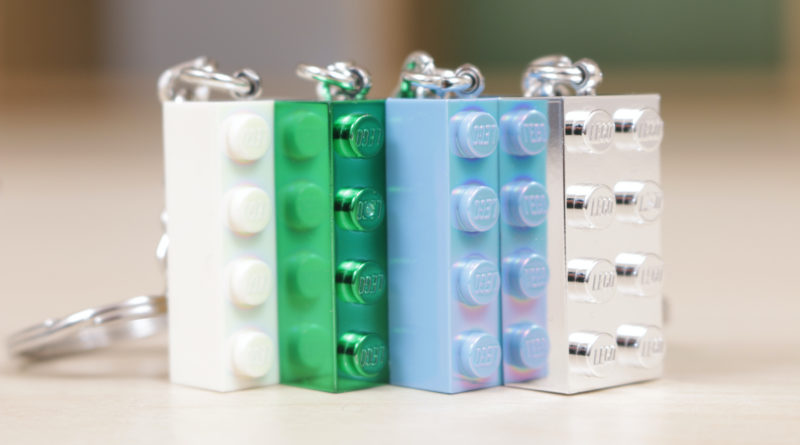 The LEGO Group has caught our eye with its recent range of shiny keychains, including metallic and iridescent LEGO bricks.

Here at Brick Fanatics we like to think we’re above being attracted by something just because it’s shiny and new, but it turns out that we are not, and there’s something quite appealing about the recent range of LEGO brick keychains that have popped up in LEGO stores of late. These include (but aren’t limited to) metallic green, metallic silver, iridescent/pearl white and iridescent/pearl light blue.

They are each just the same as any previous LEGO brick keychain for a) otherwise being regular LEGO bricks in size, construct and compatibility and b) being connected to the chain via a longish screw inserted into their top.

It’s also not the first time that the LEGO Group has released metallic LEGO brick keychains, but it does seem to be the first time we also have some iridescent ones to make the excuse of finding some more keys in the house that absolutely need a keychain.

*Okay, it is quite similar in appearance to a regular person, but a LEGO fan can see that the VIP one remains bigger, flatter, non-compatible with LEGO bricks and made of metal.

One or two of these keychains were provided for review by the LEGO Group. The others were purchased by us on impulse. Purchase your LEGO keychains on impulse too via one of our affiliate links, as it directly supports the work that we do, which includes buying keychains…