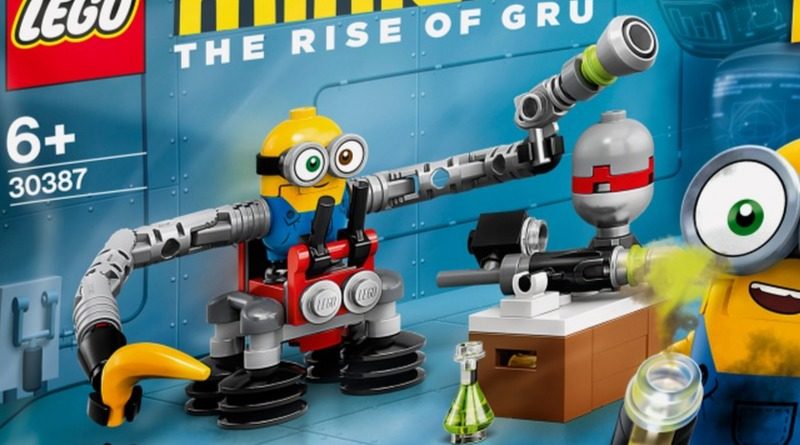 An online retailer has revealed the first images of three new polybags for 2021, including one from the long-awaited LEGO Minions line-up.

Two of the five sets designed to tie into the delayed Minions: The Rise of Gru sequel launched in 2020, but the rest were held back for a release closer to the movie’s rescheduled debut in July 2021.

That delay means we’ve already seen the the other three boxed sets due out this year, but Dutch retailer Eldorado International (via Promobricks) has now published images of the Minions theme’s first polybag, 30387 Bob Minion with Robot Arms.

The online store has also provided our first look at a tie-in polybag for Disney’s upcoming Raya and the Last Dragon, 30558 Raya and the Ongi. Three regular sets have already been revealed for the animated movie, but this will surely be the cheapest way to pick up its main character.

This fresh trio of 2021 polybags is then rounded off by 30579 Hatching Chick, which you can expect to pop up closer to Easter. But they’re not the only polybags coming this year, as Eldorado International has also listed a handful more across some intriguing themes, including DC, Marvel, Harry Potter and Super Mario.

While there are no images of those polybags at the moment, there are descriptions for a couple of them: the Marvel one will apparently be related to Shang-Chi and the Legend of the Ten Rings, while the DC set will be a Batmobile. Fingers crossed it’s based on Robert Pattinson’s…