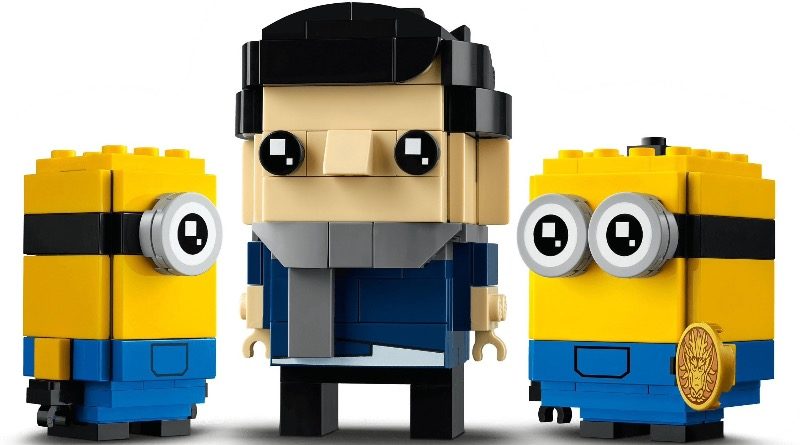 Two brand new, previously-unknown LEGO BrickHeadz sets based on Minions: The Rise of Gru have just launched at LEGO.com.

40420 Gru, Stuart and Otto and 40421 Belle Bottom, Kevin and Bob each package the movie’s protagonist or antagonist with a pair of the diminutive yellow Minions. And unlike the other three movie tie-in sets – which have now been delayed to May 24 everywhere but the US – they’re currently available online no matter where in the world you’re located.

We’ll have in-depth reviews of both Minions: The Rise of Gru BrickHeadz sets online later this afternoon, so keep an eye on Brick Fanatics if you’re on the fence with these two.

In the meantime, the first two Minions sets – 75551 Brick-built Minions and their Lair and 75549 Unstoppable Bike Chase – are still available at LEGO.com, while 75550 Minions Kung Fu Battle, 75547 Minion Pilot in Training, and 75546 Minions in Gru’s Lab have also just gone live in the US.

Universal Pictures’ animated sequel is still a ways off, however, with the pandemic pushing it from its original 2020 release date all the way to July 2022.