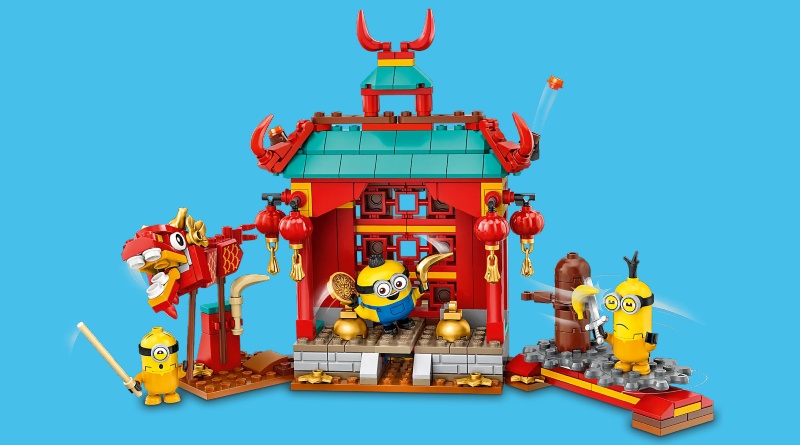 The LEGO Group has delayed the launch of its Minions: The Rise of Gru sets yet again, moving them off their planned April 26 release date.

Five tie-in sets for the also-delayed movie were originally revealed all the way back in February 2020, but just two arrived on shelves later that year. The other three were put on indefinite hiatus while Universal Pictures landed on a firm release date for its animated sequel, which is now scheduled to premiere in July 2022.

Late last month, the LEGO Group clearly decided that it couldn’t sit on its Minions sets any longer, and listed the remaining three products at LEGO.com with an April 26 release date. However, that planned launch has now shifted yet again – but thankfully not all the way to next summer.

The first two Minions sets, 75551 Brick-built Minions and their Lair and 75549 Unstoppable Bike Chase, are still available at LEGO.com – but given they’ve launched a full year ahead of the rest, it seems likely that they’ll also retire first, too.

We’ll keep you updated on any further delays to the trio of sets originally revealed well over a year ago, which may now set a new record for the length of time between the LEGO Group announcing a product and actually releasing it. (Ideas review results don’t count.)