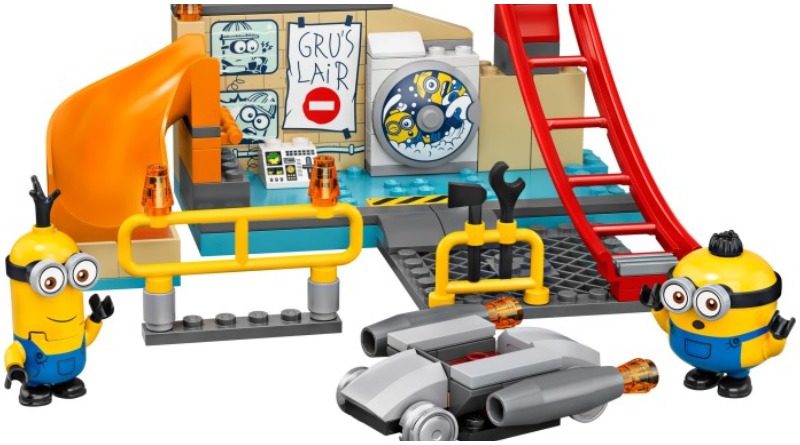 The three remaining LEGO Minions sets have finally been handed a release date at LEGO.com, more than a year after they were first revealed.

The sets include 75550 Minions Kung Fu Battle, 75547 Minion Pilot in Training, and 75546 Minions in Gru’s Lab. They’ve been delayed a few times by the LEGO Group, in line with their upcoming tie-in movie, Minions: The Rise of Gru.

Despite the film’s latest release date of July 1, 2022, the LEGO sets have now been teased on the official online store with a release date of April 26. This is a couple of months earlier than the expected release date in June of this year.

The three new sets join two existing LEGO Minions products, 75551 Brick-built Minions and their Lair and 75549 Unstoppable Bike Chase. It’s an unusual move to have movie companion sets come out so far off from the movie’s release date, but with the pandemic throwing off production by so much, at least Minions fans will have something to get their hands on while they wait for the movie to reach theatres.

Support the work of Brick Fanatics by purchasing your LEGO through one of our affiliate links.