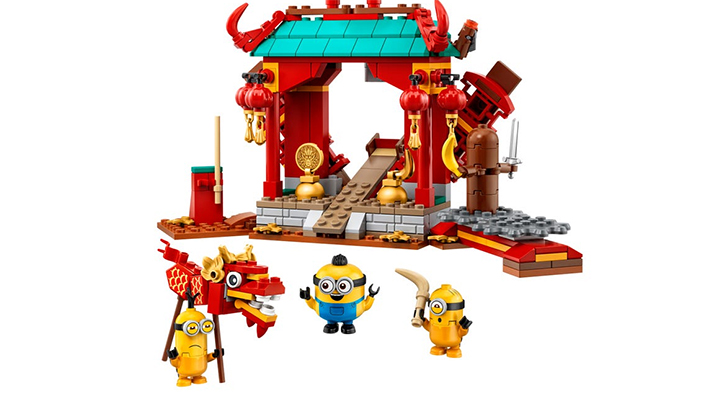 The LEGO Group has confirmed that the rest of the Minions: The Rise of Gru sets have been delayed until next year.

Two new LEGO Minions sets launched recently – 75549 Unstoppable Bike Chase and 75551 Brick-Built Minions and Their Lair. Fans have been wondering where the rest of the announced set are, and now the LEGO Group has confirmed that they have been delayed.

There is no firm date set for the rest of the release of the three remaining sets – 75546 Minions in Gru’s Lab, 75547 Minion Pilot in Training and 75550 Minions Kung Fu Battle – but it will coincide with the recently rescheduled film release.

“there is no scheduled release date for the other Minions sets – they will luckily be on sale around the movie release,” says the LEGO Group’s representative.

Previous film release delays have affected associated toys in different ways – sometimes the products have been delayed, sometimes they have been released regardless.

Some samples of the sets have made it out to retail it seems, with reviews popping up on YouTube. While most will be waiting until 2021 to get the sets, some lucky fans may find them at retail now.