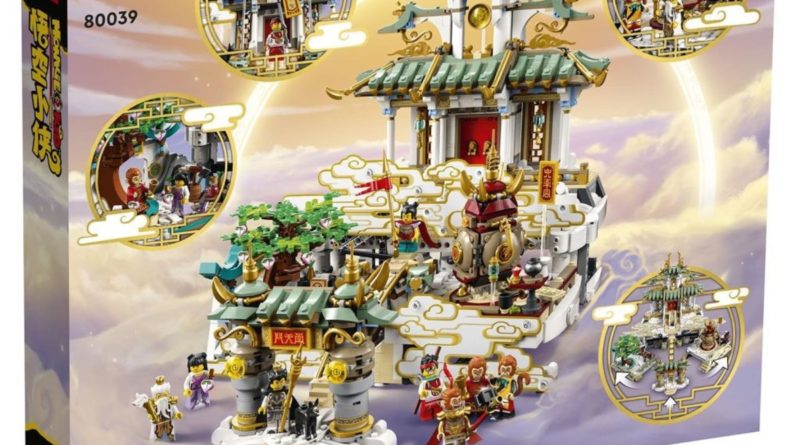 The LEGO Instructions app has been updated to include two summer 2022 Monkie Kid sets, with the theme heading to heaven later this year.

It seems to be a big day for a lot of summer 2022 models as Monkie Kid builds have now appeared on the Instructions app. The theme was previously rumoured to be getting three more sets in 2022, though only two are now available in the app.

While we wait for images of the rumoured third, here’s your first look at 80038 Monkie Kid’s Team Van and 80039 The Heavenly Realms:

While 80038 Monkie Kid’s Team Van focuses on the technological element of Monkie Kid, 80039 The Heavenly Realms appears to be taking a page out of 80024 The Legendary Flower Fruit Mountain‘s book, leaning into the legends heavily by depicting the heavenly realms of the gods.

Cloud elements not made up of bricks help to give the model a mythical appearance as if it was floating on them, though it also serves to hide the technical parts of the set.

Release dates and prices for both are currently unknown, but a full reveal is likely to come soon following this initial addition to the app.