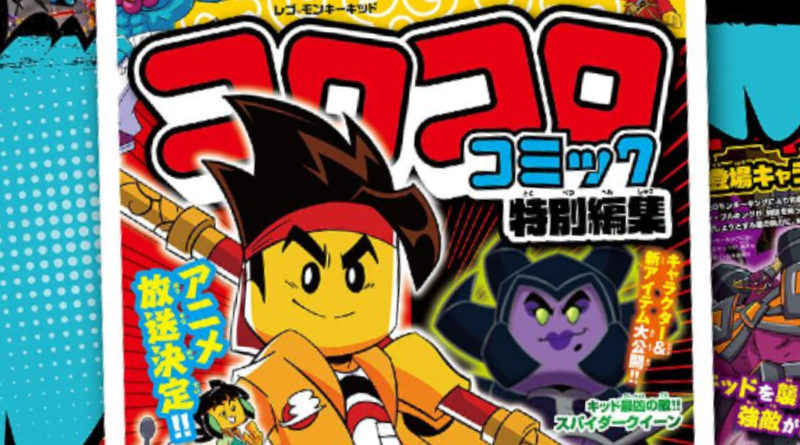 A popular Japanese monthly magazine has revealed plans to theme an upcoming issue to LEGO Monkie Kid, as part of a new promotion.

The LEGO Group’s Japanese Twitter account recently shared the news of what appears to be a Monkie Kid magazine. Roughly translated, the tweet mentions that a limited-edition CoroCoro issue will release in participating retailers as the ‘perfect guide’ to the theme.

If you’re unfamiliar with the name, CoroCoro is a popular monthly magazine that releases exclusively in Japan, meaning fans in other countries will be hard-pressed to find the issue. However, it should be stated that this particular company has worked with several huge properties before, one of which is particularly popular worldwide – a little game series called Pokémon.

Now, the publication is turning its eyes towards the LEGO Group and is giving away the issue in certain Japanese retailers, including but not limited to Toys R Us which continues to operate in the region, despite other countries’ locations closing. LEGO Designer Justin Ramsden acknowledged the promotion in the following tweet, where an employee can be seen holding a copy of the issue

News such as this serves as a great reminder of the influence the LEGO Group holds worldwide, with the new Monkie Kid theme primarily targeted towards eastern audiences. In fact, this isn’t the first time that the LEGO Group and CoroCoro have teamed up, did you know that another limited edition comic series ran for NINJAGO, exclusively in Japan? A little known fact that even the most passionate of LEGO fans might not have known if not for Anime News Network.

LEGO Monkie Kid also recently launched its second year of sets with one in particular focusing heavily on the legend of the Monkey King.