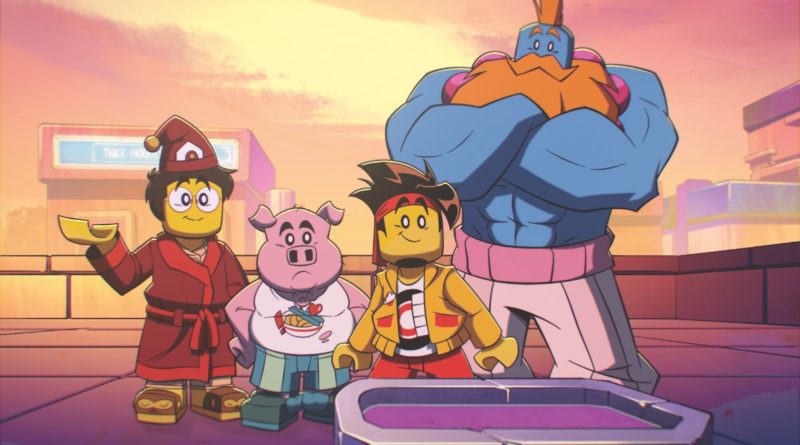 The animated LEGO Monkie Kid TV series is finally airing outside Asia, as the first two seasons and two one-off specials are about to arrive on Amazon Kids+.

Fans of the Journey to the West-inspired theme – which was created first and foremost for the Chinese market – have been calling for the accompanying animated series to be available outside Asia practically since it premiered. Those calls have now been heard, as the LEGO Group has partnered with Amazon to bring Monkie Kid’s TV show to the UK, US, Canada and Germany.

The show’s first season is available to stream in the UK and North America from today, September 9, at Amazon Kids+, while it will debut in Germany and Japan on October 7. The second season will then follow in the UK, North America and Japan on October 28, and in Germany on November 4. Prime Video members will be able to watch the first season later in the autumn, without paying for an additional Amazon Kids+ subscription.

This partnership also means that LEGO Monkie Kid sets including 80012 Monkey King Warrior Mech will be available at Amazon in North America for the first time, potentially opening them up to discounts on LEGO.com and LEGO Store prices. They’ve historically only been available through official channels, and stores in the UK and Europe have even begun pulling them from shelves.

But rather than quietly retiring the theme altogether, it now looks like the LEGO Group is making a bigger push into the Western market through Amazon – at least in the US and Canada. At the moment, there’s no word on whether those sets will also be coming to Amazon in the UK and Europe.

“Bringing a series like LEGO Monkie Kid to our toy product line-up and to our Amazon Kids+ service was high on our list of priorities as we continue to expand our content and product offerings for customers,” said Anne Carrihill, Amazon’s Director for Toys & Games.

“We are thrilled to bring these legendary tales to life for customers on the digital screen, as well as through imaginative play with new and exciting LEGO sets discoverable in our store.”