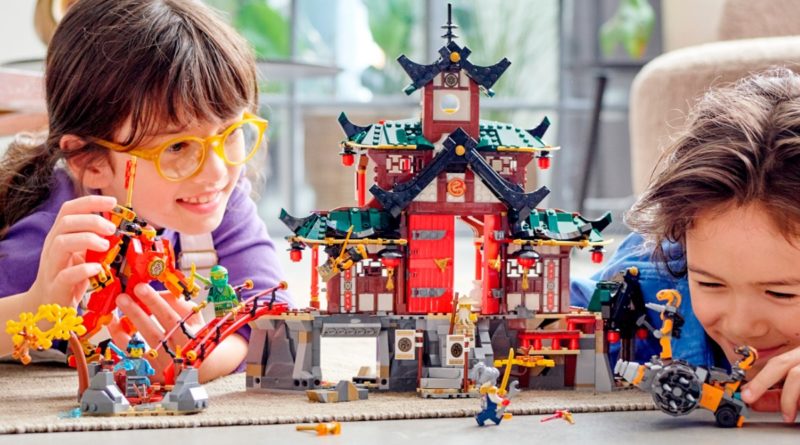 LEGO NINJAGO is now 11 years old and the co-creator of the theme has chosen to celebrate the occasion with a tease for the 2023 content.

While the anniversary celebrations for LEGO NINJAGO in 2022 are not as prolific as they were for the 10th birthday in 2021, Tommy Andreasen has shared the first information for what is to come for the theme in 2023.

Taking to Twitter, the co-creator posted that the 12th year of NINJAGO’s story, which would come in 2023 with this year being the 11th chapter of the tale, was described as Jay Vincent and Michael Kramer – two composers for the LEGO NINJAGO TV show – as being a composer’s wildest dream.

It was also mentioned that Animation Producer and Screenwriter Ryan Pears named the season NINJAGO: Costume Change during development. Unfortunately, that’s not the final name for the 2023 chapter as confirmed by Tommy Andreasen.

The mention of music and costume changes in the post may suggest that NINJAGO will be exploring music in the year to come, an aspect that the theme is familiar with thanks to a Reimagined animated short and a series of videos exploring the soundtrack of the show. However, it could also indicate that the season will have more than one outfit for the ninjas.

Before 2023 arrives, LEGO NINJAGO Core has just released a wave of sets on the official online store and rumours for the summer 2022 season’s models have also surfaced.