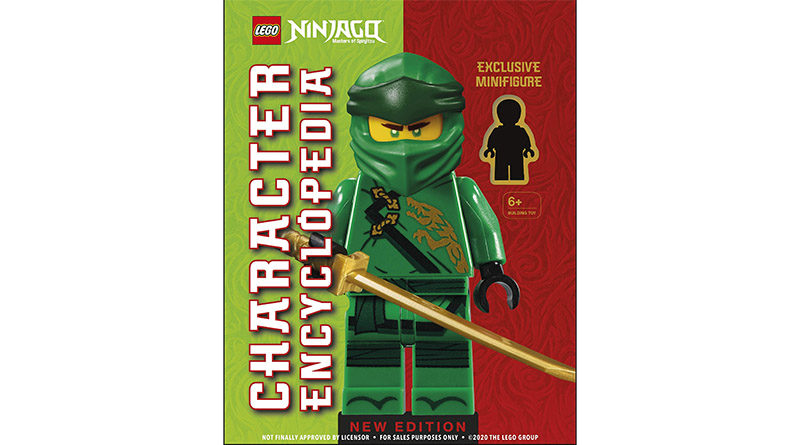 Fan can get a look at the upcoming book, LEGO NINJAGO Character Encyclopedia New Edition, thanks to a retailer sharing the details.

LEGO NINJAGO Character Encyclopedia New Edition is coming from DK Books on March 4, 2021, and Amazon Japan has all of the details, the Brick Fan reports. As well as sharing a synopsis of the refreshed title, the cover and several interior spreads have been shared. As usual, the title will come with an exclusive minifigure, but who it is remains a mystery.

Here are the images and synopsis:

Meet more than 200 minifigures from the LEGO NINJAGO world!

Find out the coolest details about hundreds of LEGO NINJAGO minifigures.

Learn to identify dozens of foes from villainous groups including the Sky Pirates, Dragon Hunters, and all-new 2021 baddies.

Expand your NINJAGO knowledge with fact files on all your favourite ninja plus the most obscure characters, including the Ninjago Postman, Okino, and Clutch Powers.

Discover heroes and villains from 10 years of LEGO NINJAGO in the LEGO NINJAGO Character Encyclopedia New Edition – the ultimate handbook for fans of the NINJAGO world.