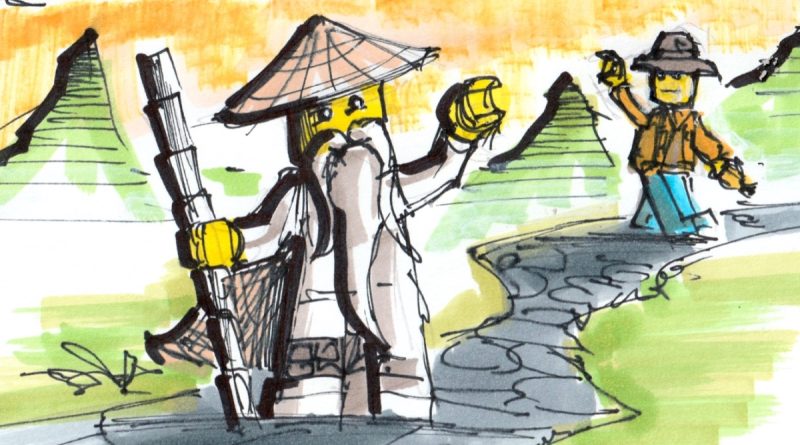 LEGO NINJAGO co-creator Tommy Andreasen has stepped back from the theme after 11 years, following the culmination of the current storyline in Crystalized.

Andreasen – who’s also a Senior Creative Manager at the LEGO Group – has mostly been involved with the accompanying TV series, aiding the rest of the team with storylines and designs. He’s also had some input with the theme’s LEGO sets, though said in 2021 that he’s ‘not the one calling the shots’. Now, Andreasen has announced via Twitter that he’s ending his involvement with NINJAGO altogether.

“I have considered myself a caretaker of NINJAGO since 2011, but I am attached to projects which require me to dedicate all my time,” he wrote in an open letter to fans. “I held on for a long time, but Crystalized seemed an appropriate time for me to let go.”

The latest series of the NINJAGO TV show wraps up a narrative that’s been running since 2019, and is intended to ‘bring [the series] full circle and draw on lore and characters from NINJAGO’s entire run’, says Andreasen. “It was important for me to end this era of NINJAGO in a way that was unapologetically positive and hopeful,” he added. “No anger, no bitterness, cynicism and no regrets.”

This isn’t the end of NINJAGO, of course: the theme will return in 2023 and beyond, and an initial list of rumoured sets is already in the wild. The show will continue likewise, and Andreasen says that with Crystalized he intended to ‘leave the door open’ for others to build on the world of NINJAGO.

Andreasen has also been heavily involved with the community through Twitter, where he’s answered countless questions from NINJAGO fans over the years. He’s now putting a stop to that, however, saying he ‘won’t be engaging in conversations about NINJAGO’s future’. “I think it’s important that the new series and the creative team find a voice of their own and get to speak for themselves,” he said.

While he hasn’t revealed what comes next personally, Andreasen says he’s ‘excited (and a little anxious’ for life beyond NINJAGO. And he wrapped up his letter with a message for the fans and people he’s worked with over the years: “I would like to express a big heartfelt thank you to all the amazing collaborators throughout the years. You elevated a fragile idea and made it something special.

“Also, a great thanks [to] all NINJAGO fans who have stuck by us since the beginning and those who have joined along the way. Together we made it last, and it became something truly remarkable and beautiful.”

NINJAGO: Crystalized is currently available on Netflix in Australia and New Zealand, and enjoyed a special premiere event in New York yesterday. It will likely be coming to streaming platforms worldwide in the weeks to come, but we don’t have a firm release date in other territories just yet.