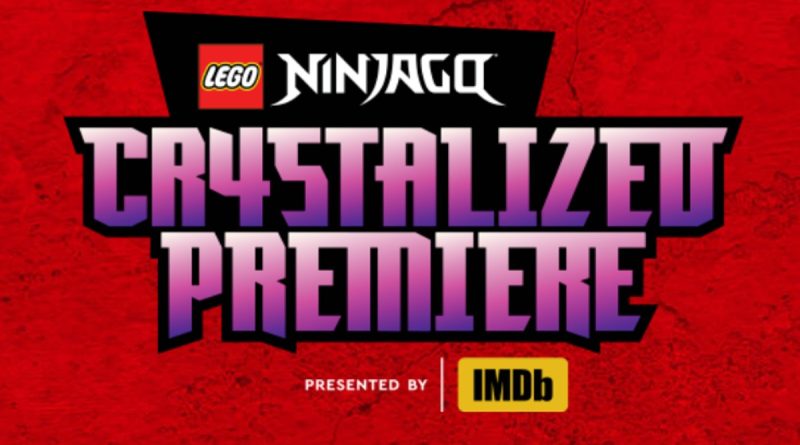 A special event for LEGO NINJAGO Crystalized in New York is just hours away, a rarity for a LEGO animated series.

The LEGO NINJAGO Crystalized premiere event has been revealed and it’s taking place at the Helen Mills Event Space and Theater in New York in just a few hours from 3:00pm to 6:00pm ET. Unfortunately, it’s likely too late to join the waiting list for this event now and judging by the presence of one, entry without signing up may not be possible.

However, it’s interesting to see that LEGO NINJAGO is getting such an event for its latest season, which has been marketed as the series finale and promoted at recent events including LEGO CON 2022.

The fact that the LEGO Group, in partnership with IMDB, are hosting a premiere event in New York for the latest season of NINJAGO speaks to the gravity of this chapter. It’s also notable as other animated brick-based series never saw a public event such as this.

While it may be too late to attend the premiere, the bright side is that the premiere will likely precede the wide release of LEGO NINJAGO Crystalized soon, which is currently available to watch in its entirety on Netflix in Australia and New Zealand.

The full wave of LEGO NINJAGO Crystalized sets is now available and an upcoming book’s description may have hinted at what is to come in the future with rumours suggesting more sets in 2023.