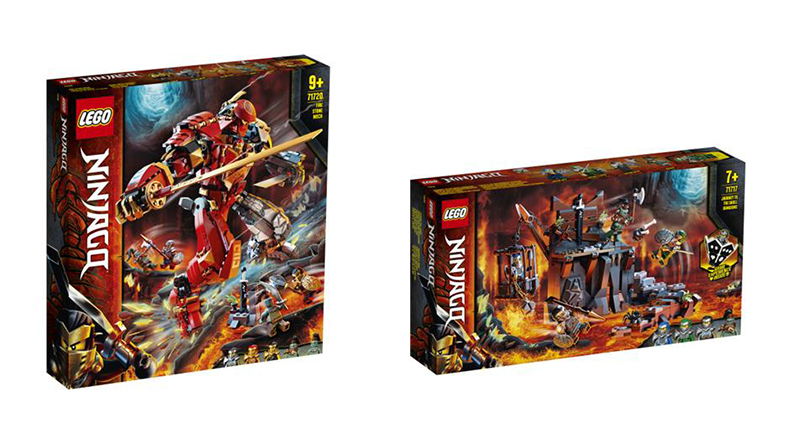 Some of this summer’s new LEGO NINJAGO sets have been revealed through official product images.

LEGO NINJAGO is one of the ongoing themes that returns every year, with a new wave of sets already announced for this summer. Now, images of some of the sets have been published by skivs and highlighted by the Brick Fan.

71705 Destiny’s Bounty will bring back the famous ship, ensuring that the current crop of children can own the vessel.

71703 Storm Fighter Battle is a simple 4+ set featuring a jet and wheeled contraption as Kai and Jay battle a Snake man.

As for the regular LEGO NINJAGO sets, 71717 Journey to the Skull Dungeons features a rocky location. This will be part of a selection of sets that can create a table top board game experience, with a special new die element included.

71720 Fire Stone Mech is the latest mech for the theme, with this image revealing it to be of a decent size.