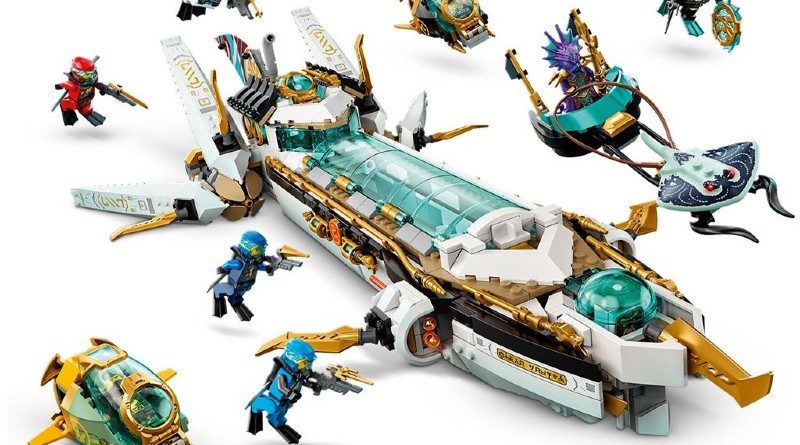 The LEGO NINJAGO summer sets have now been listed on the official online store, giving us the closest look yet at the anniversary and underwater models ahead of their incoming release date.

A new wave of NINJAGO is about to make a splash on the official online store and aside from the water puns, it looks to be a full and tempting range for fans of the theme. Along with the accompanying models for Seabound are a few NINJAGO Legacy builds that revisit past locations, vehicles and characters for the theme’s anniversary.

Not only do these listings reveal a gallery of images for each model, showing off their minifigures and play features, but they also tell us exactly when they are to release and how much they will set builders back. You can expect NINJAGO’s summer 2021 sets to launch on June 1, or August 1 in the US for you to dive in then.

This wave also sees the arrival of the last two Golden Legacy minifigures for Zane and Nya, with the other five scattered across the sets from the first half of the year.

Here’s every LEGO NINJAGO summer 2021 set, as listed on LEGO.com from Seabound to Legacy: