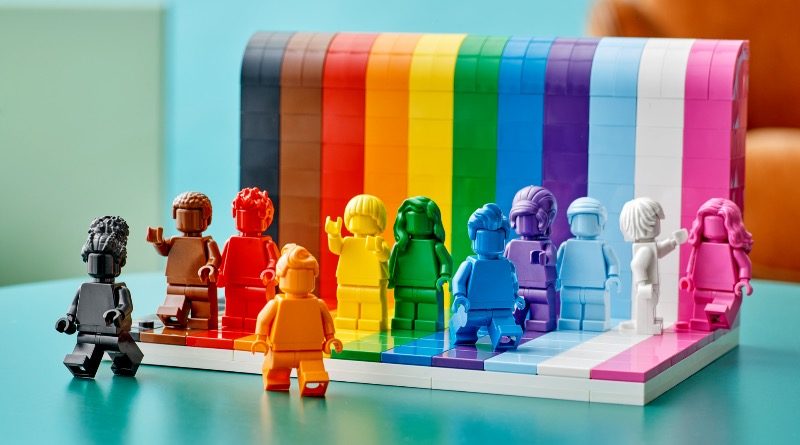 The LEGO Group has responded to concerns over worldwide availability for its new LGBTQIA+ set, 40516 Everyone is Awesome.

Vice President of Design Matthew Ashton’s brand new tribute to the LGBTQIA+ community – which launched just days ago at LEGO.com and in LEGO Stores – is unavailable to purchase in a handful of countries, including the United Arab Emirates, Turkey, and Russia, while the LEGO Group’s dedicated Instagram accounts for those territories have also shied away from promoting the set.

That fact was not lost on LEGO fans, with multiple communities flagging the curious omission of 40516 Everyone is Awesome from certain regions of LEGO.com. Now, the company has released a statement addressing the global availability (or lack thereof) of the LGBTQIA+ set.

“We’re sensitive to the fact that in some countries, the rights of members of the LGBTQIA+ communities are not recognised,” the company said in a statement. “We support equal rights for all people, but also understand that it can be unsafe for people in these countries to express their sexual preference. This needs to change.”

Beyond just the lack of recognition for LGBTQIA+ communities, however, there are also legal obstacles standing in the way of selling 40516 Everyone is Awesome in certain regions.

For instance, in order to sell products in the countries that comprise the Gulf Cooperation Council – including Qatar, Saudi Arabia, and the United Arab Emirates – the LEGO Group must declare that they ‘do not contain figures, shapes or images that are offensive to the Islamic Religion’. (You can see examples of this through the company’s legal compliances page.)

Given homosexuality is illegal in most of the GCC member states (excluding Bahrain), it’s perhaps no surprise the LEGO Group has been unable to market and sell 40516 Everyone is Awesome in those countries. More surprising is the company’s reluctance to even promote the set in Poland, where it’s entirely absent from the country’s dedicated LEGO Instagram account.

According to a 2021 report by the International Lesbian, Gay, Bisexual, Trans and Intersex Association’s European division, Poland has the worst LGBTQ rights of any European Union country – but homosexuality is still legal, and 40516 Everyone is Awesome can be purchased through the country’s localised official online store.

For more on 40516 Everyone is Awesome, read how Matthew Ashton was inspired to release the set by his fellow LEGO employees. You can order your own copy from LEGO.com right now – at least in most regions.