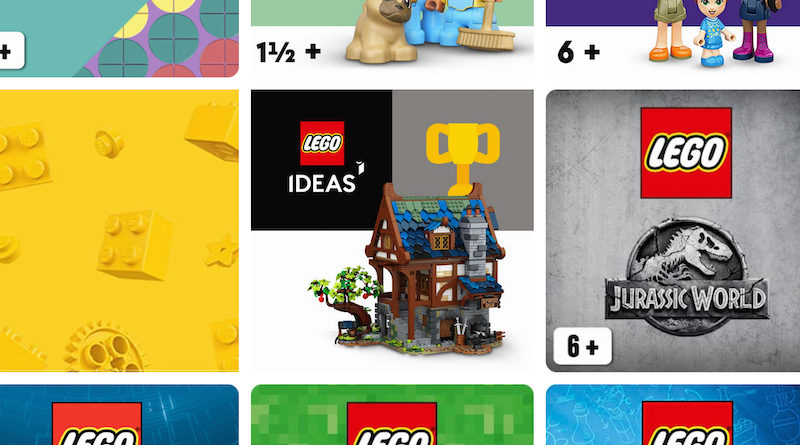 The LEGO Group has seemingly revealed a first image of the upcoming LEGO Ideas Medieval Blacksmith Shop set, even if by mistake.

The Medieval Blacksmith Shop is expected for release in the Ideas theme during 2021, with rumours suggesting it is due to appear as early as February.

Ahead of that, though, and perhaps inadvertently so, the LEGO Group has published an image of the set on their official Amazon store site.

Viewing by theme on the Amazon LEGO store page, the Ideas card currently displays (at least until the LEGO Group removes it) one image of what is almost certainly the finished version of Clemens Fiedler’s original project that was selected just under a year ago by the Ideas team.

Curiously, clicking on the card takes you through to the Jurassic World selection of products, rather than the Ideas selection.

There are no further details of the upcoming Ideas set yet, but first impressions suggest a reasonable redesign of Clemens’ original project, and using a lower piece count.