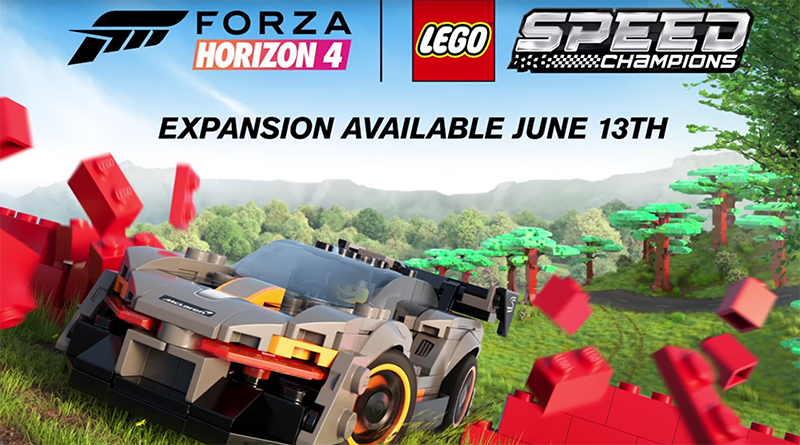 The next update for Forza Horizon 4 has been announced – and it is LEGO Speed Champions.

Driving game Forza Horizon 4 is getting a new update within the week, and at E3 2019 in Los Angeles, California, Xbox has announced that the theme for the update will be LEGO Speed Champions.

To reveal the new content that will be available as an update to the main Forza Horizon 4 game on June 13, a trailer has been released.

The trailer opens with the usual realistic Forza Horizon 4 view, but as the car pulls up to a junction, a familiar song is playing – Everything is Awesome. Driving past are all manner of wacky LEGO vehicles, with farmyard animals poking out, suggesting all of the zaniness that is expected from the brand.

Things then switch up to LEGO Speed Champions cars on the racetrack, with an audience of minifigures jumping up and down while cheering. Things don’t stay on the road for long though, as the desert, a town and an airport all become the setting for the LEGO – and real cars – to speed through.