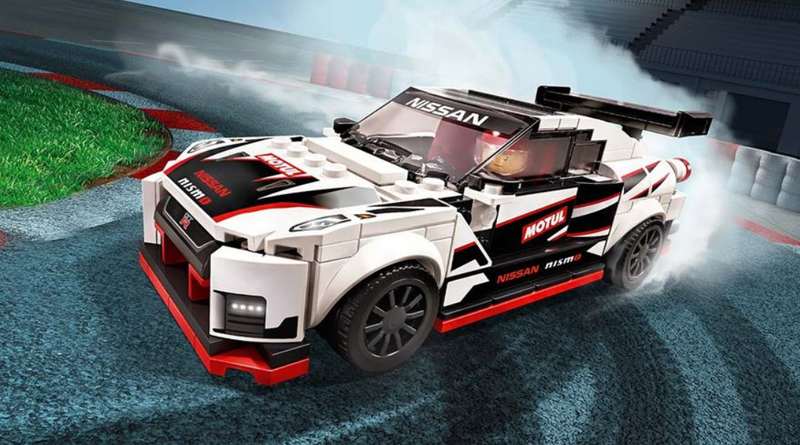 The new LEGO Speed Champions sets for 2020 are the result of the design team poring over fan feedback then figuring out how to implement the changes in a way that will enchance the theme. Their journey isn’t over though, as there always more improvements to make.

Design Lead Chris Stamp is responsible for directing the enhancements that have been made to the theme this year. In the fourth part of an in-depth conversation with Brick Fanatics, he revealed other improvements that had been made beyond the eight-wide scale. In the final part of this epic interview, he discusses the future of LEGO Speed Champions.

Has it been satisfying to get a second go at launching Speed Champions?

I have never really looked at it as a second go, I have looked at it more as listening to the consumers – I hate using the word consumers – more listening to the fans. We are making these for the fans, we are making these for the people who care that this is a Nissan, this isn’t just a City or LEGO race car. So I feel like it is our duty to listen to feedback, because otherwise we are putting something on the shelves, then we are saying our job is done, we don’t need to listen to them. But that is only half of our job, our job is then to see that reception, then to do the next one better.

We just felt that five years is a nice round number, let’s enter chapter two of Speed Champions and let’s do for LEGO cars what Star Wars did for LEGO Space because if you look at the 20th anniversary boxes this year it is a perfect example. If you take Slave I or the Podracer and compare the original to the one we do this year, the 20th anniversary, they are a million miles apart. This to me this year is very much the next step, it is that next massive leap.

I class it as chapter two, because this has been chapter one and it has been gradually evolving and this is now the first paragraph of the next chapter.

Are there any other aspects of Speed Champions you might work on?

I know not everything is perfect, I know the wheels are slightly small, that is something we can maybe work on. If you look at the existing Speed Champions and the elements, we didn’t start by doing 25 new elements in one go, we did them in in sections.

This year we have picked elements we need for the concept – the chassis and the wheel base, new windscreens. When exploring the wheel base and taking findings from the existing Speed Champions, the wheels turn but they don’t turn so smoothly, so we’ll do a new wheel that complements that. But you have got to think if we were also to say we want new wheels on these things, then you need a new wheel, new wheel trims, new tyres, new wheel arches, it becomes a domino effect. And that is something we can’t do, so it is very much a ‘pick and choose approach and as these cars go on over the years they will keep evolving.

Do the changes increase the price of the sets?

We are now selling each car for $100 [laughs]. Of course price points change so that is a really good point. The previous cars were $14.99, you get car, a minifigure, a story starter. The new ones are going to be $19.99, you are getting 25% more car because it is 25% wider. It is slightly longer as well.

So these will be $19.99 then the double car packs will be exactly the same price they are now. So this double car pack will be $40, which matches the Dodge set and the Porsche set we did previously, this double car set will be $50 which matches the Mini set. They will both also come with a start line which will have some function for the lights, like we did this year with this start line where it is small but it does still have a function so it is still appealing, but it won’t be a Christmas tree it will be something a bit different, we don’t want to keep giving you the same start line every year.

I have worked on a lot of Speed Champions cars, I have been involved in all but one of the launches, to me this is the biggest piece of news for Speed Champions since it was launched – so hopefully the reaction will be positive.