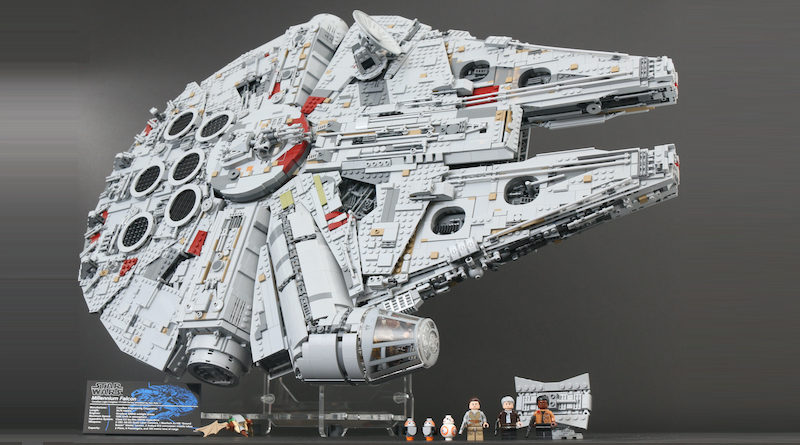 LEGO Star Wars 75192 Millennium Falcon has shifted to ‘temporarily out of stock’ status at the official online store, prompting the age-old question: how soon until it retires for good?

Yesterday’s celebration of the LEGO Group’s improving inventory levels has been short-lived – to the shock of probably no-one – as its second-largest set has suddenly dropped away from availability.

That means you can’t even place a back order for the 7,541-piece Ultimate Collector Series set, which is pretty surprising given it’s mostly been marked as ‘available now’ for the past couple of months. Could this mean the 2017 model is finally on its way out?

Well, probably not – at least according to our sources, which suggest 75192 Millennium Falcon will be around until at least the end of 2022 (unless the LEGO Group bumps up its planned retirement date, which isn’t unheard of).

Either way, you should still have a little more time to grab the almost-too-enormous rendition of Han Solo’s freighter when it does come back in stock. You don’t need to sit by your keyboard mashing the F5 key, though: we’ll do that for you with our stock alerts.

The set’s temporary departure from LEGO.com means it also temporarily departs from Brick Fanatics’ Top 20 LEGO Sets List, but we’ve got a beauty of a model to replace it: 10295 Porsche 911 makes a strong (and very worthy) debut at ninth place.