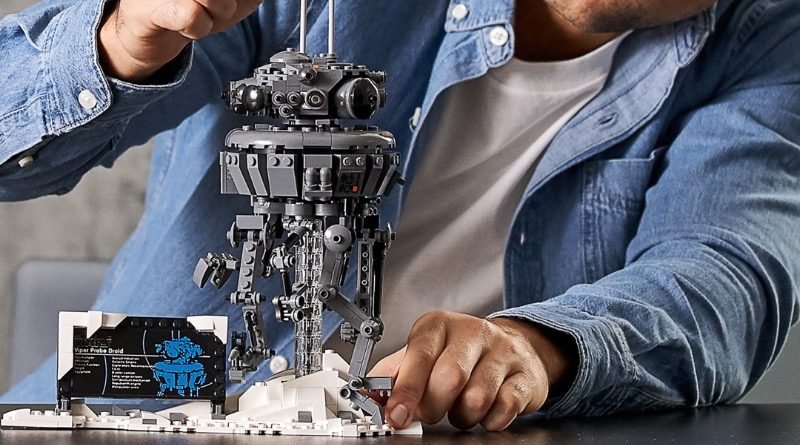 The LEGO Star Wars team is trekking across the icy plains of Hoth for 75306 Imperial Probe Droid, which has just been officially revealed by Walmart.

It’s the latest in a growing line of brick-built droids from the LEGO Group, following on from 75187 BB-8 and the recently-retired 75278 D-O. Where both those sets focused on sequel trilogy characters, though, the Star Wars team has returned to its comfort zone for 75306 Imperial Probe Droid, which is pulled straight from The Empire Strikes Back.

Probe droids have actually popped up across the entire Star Wars saga, but you can tell this spindly fellow is based on its Episode V appearance thanks to its very snowy base, reflective of the movie’s opening scenes on Hoth. Check out all the images from Walmart below:

Dark grey is a pretty unusual choice given previous minifigure-scale probe droids have always come in black, but the on-screen version does actually fall somewhere between those two LEGO colours. It’s an artistic choice, but one that helps break up the constant flow of black and light grey sets that the Star Wars theme seems to churn out (even if not by much).

Walmart has also today revealed two brand new additions to the LEGO Star Wars Helmet Collection, 75304 Darth Vader Helmet and 75305 Scout Trooper Helmet. You can check those out right here. We’ll keep you updated with official release dates on all three sets when we get them.