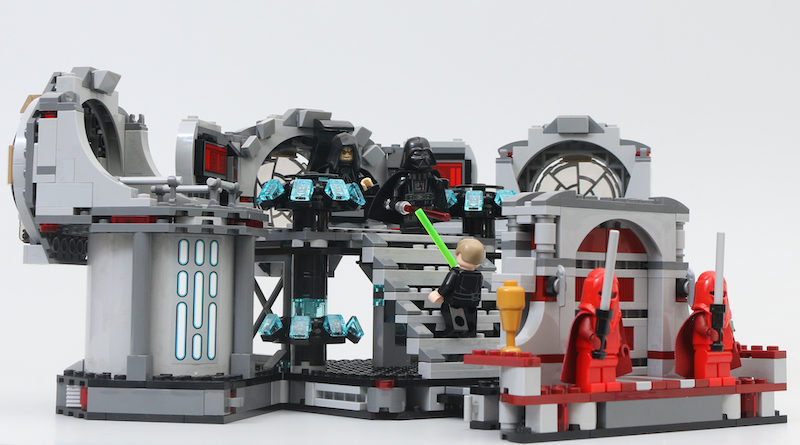 As an upgrade on a recent LEGO Star Wars set or as a new set of its own, there’s little to fault 75291 Death Star Final Duel for, beyond its minifigures.

In amongst the rumours, leaks and then official images of August 2020’s LEGO Star Wars range, perhaps the most surprising set to emerge has been 75291 Death Star Final Duel. Not for its subject matter or anything within its design, but for the fact that on face value it’s only a slight update on another LEGO Star Wars set that itself only came out in 2015, 75093 Death Star Final Duel.

Comparing the two is perhaps best done in a separate feature, but for the benefit of reviewing the new Death Star Final Duel, 75291, it’s worth a brief mention that five years, and perhaps more importantly, £20 extra in price, sees the upgraded version take all that worked so well in 75093 and improve everything else.

The core design to 75291 Death Star Final Duel is nigh-on identical to 75093 Death Star Final Duel, taking the same overall shaping of a guarded ground floor doorway that opens up to an extending walkway that in turn leads to stairs that run up to the Emperor’s throne room, which is flanked by a couple of semi-symmetrical platforms. It’s an unusual-looking LEGO Star Wars set in many ways, but, it comes together amazingly well to not only capture the essence and feel of the Death Star II interior as seen at the end of Return of the Jedi, but within the construction offer plenty of play potential.

And that’s more play potential than you may otherwise realise, with collapsing platforms, deep shafts, launch pads, flying stairs and opening doors all adding an incredible level of fun to the set, as well as careful nods to the sequence within the film it is trying to recreate. Indeed, everything that is fun in play with the set is also perfectly set up to see your LEGO Luke Skywalker face off with your LEGO Darth Vader, as your LEGO Emperor watches on in his angular seat.

This is a set that in every way has been designed to be handled constantly and from all possible angles. That is in the play functions and also in features both recreated from its predecessor from five years ago, such as its ability to fold together within itself, and in ideas introduced fresh here, such as having the central raised platform completely removable.

For all its functionality, 75291 Death Star Final Duel also looks great on display, thanks to details both large and small. Its overall unusual shape stands out against anything else in your LEGO Star Wars collection (except of course 75093), with the three large windows really drawing the eye and adding great dimension to the raised platform. Additions to this version of the set include the large wall panels that sit either side of the Emperor’s chair with stickered screens.

As far as a location-based set in this mid-range price point (£89.99 is mid-range for LEGO Star Wars, not for most other themes…) 75291 Death Star Final Duel captures everything from a memorable moment in the Star Wars original trilogy in a way that works so well both in visuals and in play. Smaller location-based sets struggle to find that same balance, whilst larger ones, such as the recently released 75290 Mos Eisley offer fantastical builds but at equally fantastical prices. 75291 finds the sweet spot between the two to offer a complete and wholly satisfactory LEGO Star Wars set for young and old fans.

Primary focus on 75291 Death Star Final Duel’s minifigure line-up has been on one character alone, Darth Vader, and for good reason. The Royal Guards and Luke Skywalker are identical to the versions that appeared in 75093 Death Star Final Duel, and for that matter a handful of other sets in between, albeit with softer capes now. Likewise, the Emperor is the same as we have seen in 75093 but for the more recent spongey cape and hood piece. At this price LEGO Star Wars set, that’s really not good enough. These are four minifigures you want to see in this set, but, none of them have been improved in any exclusive way at all, where a little creativity could have made them – and the set – special.

It’s Darth Vader that offers LEGO Star Wars collectors the biggest changes, thanks to a new-for-2020 leg design and arm printing – a combination that otherwise only appears in the limited edition 75294 Bespin Duel. It’s another great step forward for Star Wars’ most iconic character and really offers a further level of detail and authenticity that you’d want from one of the lead minifigures within your collection.

Darth Vader in LEGO form is still by no means perfect, simple because the minifigure remains minifigure height, where as a character – and as part of his character –  he loomed over all but Chewbacca. We’ve seen longer minifigure legs before in LEGO Toy Story sets and we’ve seen more recent experimentation with mid-height minifigure legs in LEGO Harry Potter, so, hope remains that a taller Vader could still one day come along.

The fact is that this is where our mind wanders because otherwise with this version of Darth Vader, there’s little else to add to or improve, beyond taking that leg print all the way to the feet. Back in 2015, 75093 Death Star Final Duel was the first and for a while only set you could get Vader’s new two-piece helmet in and in 2020, 75291 Death Star Final Duel once again frustrates and tempts in equal measure for offering such an enticing upgrade on the minifigure.

The minifigures are where things disappoint, though, with only Darth Vader offering any point of interest for LEGO Star Wars fans who either have the original version of this set or have a wider collection that will likely include Luke, the Emperor and those Royal Guards.

The minifigure line-up could have offered more for wider LEGO Star Wars collectors and is disappointing, but there’s little else to fault 75291 Death Star Final Duel for. As a playset it offers a valid upgrade on an older version of itself and succeeds in striking a great balance between play and display. There’s a lot of fun to be had in fiddling with this set, whatever your age, and more than enough to put its five-year-old sister set to shame. More colour, more action, more to look at and more to do – if only it offered a more complete minifigure line-up, 75291 Death Star Final Duel would be one of the very best LEGO Star Wars sets of recent years.

You can directly support the work that Brick Fanatics does by purchasing your LEGO Star Wars through one of our affiliate links. For each purchase made this way, we receive a small percentage that goes directly to funding the content that we produce across these pages. 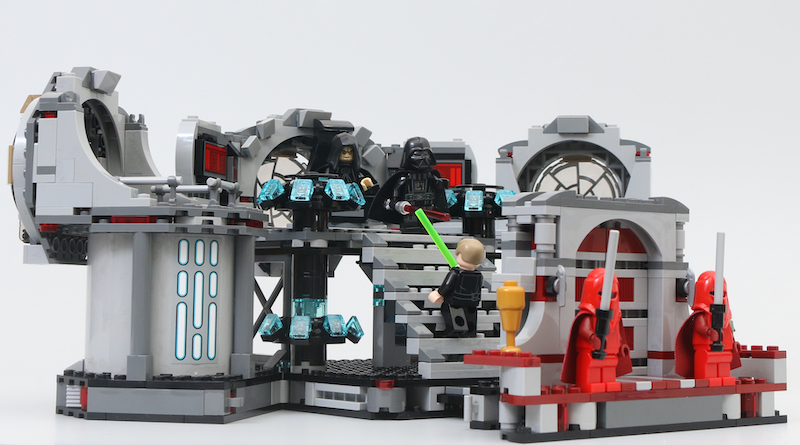