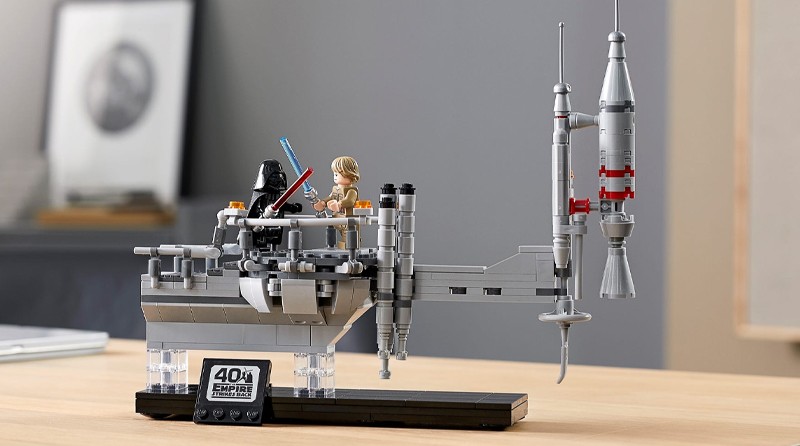 The latest LEGO catalogue may hint at a return for LEGO Star Wars 75294 Bespin Duel.

The LEGO Group recently uploaded the US Fall 2020 catalogue to LEGO.com, which is fronted by LEGO Super Mario. But it also contains almost every single set currently available on LEGO.com – and even one that isn’t.

Yes, the catalogue features 75294 Bespin Duel, despite the fact it’s currently sold out on LEGO.com. Does that mean it’s going to come back in stock at some point? It seems unlikely, but given the set’s unpredictable release schedule so far, you never know.

The LEGO Group originally created the Star Wars set as an event exclusive (thought to be Star Wars Celebration). But with the pandemic curtailing conventions worldwide, the company instead listed its presumably limited stock on LEGO.com in the US and Canada.

That means it sold out incredibly quickly – something the LEGO Group would surely have foreseen. Why, then, include it in the autumn catalogue? It feels like a surefire way to frustrate customers even further. Unless, of course, the 18+ set is due for a comeback.

Given 75294 Bespin Duel’s popularity, making it more widely available seems like an obvious move. After all, it’s based on one of the Star Wars saga’s most iconic scenes, and makes for a striking display piece. We’ll just have to wait and see whether the LEGO Group chooses to bring it back – for now, nothing is confirmed.